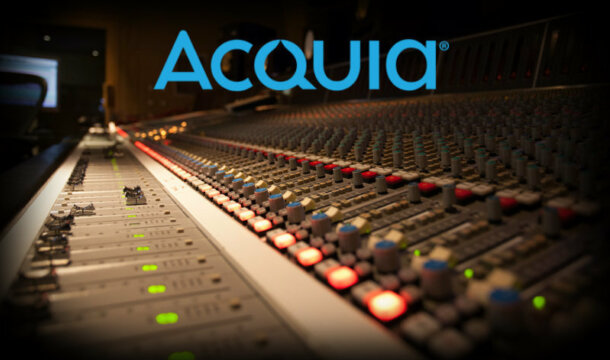 I was back in the studio this past week with Matt Bachman from Acquia for the Bowery Capital Startup Sales Podcast where we discussed “Building Your Channel Program.” Give a listen here and it was a great one talking about channel programs! Matt was one of the early sales hires into Acquia – a PaaS for the Drupal content management system – where he was on the founding team that built out channel programs for the company. Matt started when the business was doing just $2MM in ARR and spent 4 years crafting his thinking around channels. This is generally an under-served area by most early stage SaaS companies and Matt does a good job of guiding listeners through the “why do this?” as well as the tips and tricks that Acquia learned throughout the years. Today the channel partnerships make up a fair amount of revenue for Acquia and below were a few key points that Matt touched on.

(1) Incentivize Existing Reps Early On To Build Channel – Matt stressed that it was important early on to incentivize individual sales people to start building channel relationships. It is generally not going to be easy to convince your Board of Directors or CEO to build out a channel cold turkey so the real key here is starting with some incentive for your reps to build early partnerships. This will usually be tailored to specific industries (i.e. agency relationships, integrator relationships, etc) but developing some level of variable comp in a sales plan to get some quick and measurable wins will help you start to build out the channel and convince your higher ups that there is real opportunity. Note that if you are an individual sales person who wants to move out of carrying a bag this is a good way to work yourself out of a sales job and into a new role running channel partnerships!

(2) Onboarding & Training Is Key – At Acquia, the initial channel team built out a custom learning portal with videos, a scoring and credentialing system, and various documents needed for partners to do their work once they were credentialed. They also invested in creating a solid onboarding experience with the channel team as well as some custom tech to get partners into the system and up and running. Matt believed that this was one of the early keys to success and absolutely necessary for any early stage company. Don’t get crazy about it, but developing first what exactly you are going to do when you sign up a partner (i.e. the onboarding) and second how you are going to keep them engaged and involved (i.e. the training and rewarding) is critical. You don’t have a lot of time, so having a repeatable process like your sales effort is key and partners will respect you more and view you more seriously than folks who have ad-hoc programs. Matt mentioned just getting a wiki up and running with a FAQ, some training videos, and folders for all the partner materials. Then have a simple “Partner PDF” that outlines the key details should be solid enough to get any early stage company up and running.

(3) Highlight Your Partners & Grow Them Alongside You – At the end of the day these people are going to start working for you. Make sure you treat them right and respect them. Matt mentioned taking some component of the sales dollars won through the channel and putting it towards co-branded events, dinners, or just plain fun. More on events here and this generally works as most partners don’t get a ton of respect and are generally viewed as second class citizens in many businesses. Embracing them can lead to a lot of success and it was likely how Acquia went from less than ten to over a thousand channel partners. Building in partner referral programs, partner leadership events, and partner case studies is icing on the top if you can do it right.

(4) This Is A Really, Really, Hard Thing To Get Right – Matt coaches a lot of early stage SaaS founders on their thinking around building a channel program and notices early on that founders either try and go way too big or don’t treat the effort in a repeatable manner. Having a mental rigor about the need for the program and really focusing on the “why?” often times results in an understanding that the investment needed (both time and capital) is too much at that point in the life of your company. Even if you get to a yes, once you do embark on a channel program make sure you resource it correctly and have a repeatable and scalable formula otherwise (as Matt sees a lot) the program will fail due to partner lack of interest and taking you seriously.