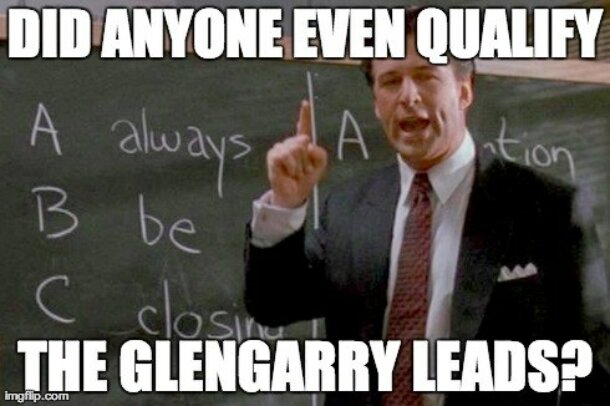 BDRs, or Business Development Reps, are critical members of most modern B2B sales teams. Specific titles, processes and funnels vary by company, but in general it’s the BDR’s job to work with leads to get meetings. They start with the very top of the funnel: Marketing Captured / Qualified Leads (MCL / MQLs), those who come into the top of the funnel into some sort of leads list or CRM (e.g. through a piece of content marketing, free trial, webinar, inbound emails, cold outreach, paid lists, 3rd party lead gen services, etc.). And they need to turn these leads into Sales Qualified Leads (SQLs) that sales reps can then take and close.

The BDR role is relatively new but has become invaluable for three major reasons. (1) We’ve come to recognize that–like in so many businesses since Henry Ford’s assembly belts cranked out 93-minute Model Ts–specialization is the key to efficiency. The addition of new intermediary roles between lead and close recognizes that buyers of enterprise software move through various measurable stages of learning and vetting to get to true intent, and that we must treat them differently. During our last CRO Summit, David Skok of Matrix Partners articulated this brilliantly via an example I’ll paraphrase: “When you stroll into a general clothing store to browse and a sales rep won’t leave you alone, that’s incredibly annoying. It would be equally annoying if you walked into a tuxedo shop with a pressing need for wedding attire and couldn’t find one sales rep to help you.” (2) If you don’t define specific, distinct roles for your sales people, they will gravitate toward what they like, which may not align with what is most productive (another point David highlighted). Very few people prefer outbound prospecting and cold-calling, and provided a choice between that and inbound, most will choose the latter. If you hire, train and compensate people specifically to cold call, however, they won’t be surprised by the assignment will likely be better suited to it. (3) Finally, and most obviously, the more time anyone spends doing one thing, the better they become at it (especially when their comp is on the line). And often the better they are at something, they more they enjoy it. I couldn’t tell you how long it would take a BDR to master their craft, but I can say they can go from zero experience to a damn good performer in a fraction of Malcolm Gladwell’s 10k hours (more on his spurious claims here if you’re interested).

But what actually makes a good BDR? Again, think about the nature of specialization. BDRs are Sales Reps. So why would the same approach of selling the product as if you were about to close a deal work well for BDRs? The general consensus from several of the speakers who joined us at our CRO Summit 2 weeks ago was loud and clear: selling your product off the bat can be the worst mistake you can make as a BDR (and maybe even as a Sales Rep who’s just received an SQL). A quick anecdote Mr. Skok shared: Aaron Ross once sent 200 emails to F500 C-level execs: 100 “salesy” emails and 100 emails simply asking “who’s the right person in your company for X” (in that case, “X” was CRM). He got 10 responses: all from the latter “simple ask” group. NOT ONE of the “salesy” emails converted because the direct and simple ask, without the feeling of a sales obligation, was easy to respond to, whereas moving directly into a sales relationship both comes off as spam and puts people on guard. When he reached out to the contact referred within the org, he’d already established a level of trust given the intro was warmer (and likely from a superior), resulting in more meetings, higher conversions, etc.

Even when it comes to emails, as our panelists pointed out, good BDRs should assume that the target (a) does not trust you and (b) may not even have much purchasing intent when you reach them. To avoid being thought of as human spam, while hopefully helping your target move into / through the learning phase of the process, focus on the things that will add value to the recipients’ day. They probably don’t know your product, and may not even be aware of the problem your product is solving. But they do know when someone is unilaterally helping them. Once they feel an element trust and that the goodwill has been one-sided, learning more about a product that’s relevant and that could actually benefit them isn’t so much to ask (and it should assuming some decent pre-qualification, at least to the MQL level).

Instead of writing an intro email with a thick paragraph on your product as a BDR, find anything about that person that they will be interested in to lead before getting to the brief and direct ask:

– Content that will be of high value to the individual

– Information about a customer / contact you have within their Company

– Other customers your Company has within their industry

– Great outcome you enabled for a competitor

– Anything personal about them at all that’s public / not creepy

– Share a piece of news that is relevant to their business

– Offer to do anything at all, even just follow up later, then do it (something as simple as this builds trust!)

Great sales teams understand that 7-9 email touches tend to be the magic number for optimal conversion. So you don’t need to be selling product from square one to be doing it effectively near to close. That said, for BDRs, it always pays to be direct. Don’t let “rotten” leads make it past you and make sure your company keeps an eye on its scoring methodologies so you have a programmatic way of sniffing these out. Outbound emails should always be simple and include the ask as clearly as possible; ideally within the first two sentences. A good model might be a awareness opener (“we just ran an amazing campaign with [competitor]”) then a clear ask for a meeting (“how’s Thursday at 9 AM?”). An ignored, rejected or delayed request for a meeting doesn’t always end a conversation, but neglecting to ask will fail to progress that portion of leads who would’ve accepted the appointment 100% of the time.

Glengarry Glen Ross coined the ABC sales mantra of “always be closing.” That general mentality of aggression is timeless. But in the new world of B2B sales, division of labor, specialization and quantification are the keys; one-size-fits-all cultures–be it regarding sales hiring, training, development, comp–are a thing of the past.

PS: Two weeks ago, we kicked off Bowery Capital’s 2nd annual CRO Summit with two segments that inspired the above post. We begin with a panel on “Improving Lead Gen With Unconventional Methods” for startup salespeople. Moderated by SalesHacker Max Altschuler, panelists included Javier Rosas (Head of Sales, Mag+), James Nielsen (Head of Sales, Wizeline), and Jake Dunlap (Founder & CEO, Skaled). That segment was followed up by a great tactical chat from David Skok, General Partner at Matrix Partners (VC) on Business Development Reps (BDRs) and lead flow. Thanks to all speakers, panelists, moderators and other participants for making this event our 6th quarterly CXO event the best yet!