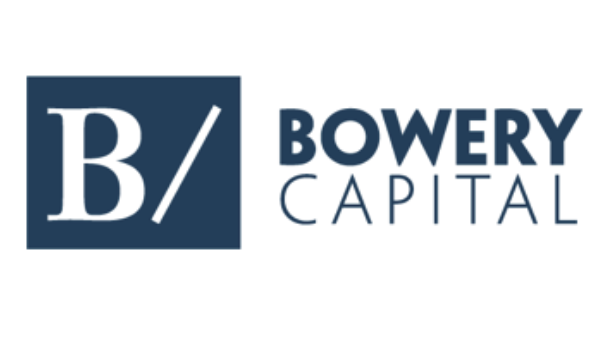 5 Things You Need To Know About The Enterprise IPO Today

If you’re a growing enterprise startup founder, employee, investor or follower, you’ve probably asked yourself this question before: what do I really need before I can successfully take my company public? In order to help with that question, I started by compiling a representative sample of the most high-profile, relevant IPOs in the B2B space over the last two years. The full table of metrics I came up with is rather large, so we’ll provide that as a resource here (go ahead and pop it open). Initially I thought the best insight might be derived from getting to a “standard enterprise IPO” profile. In this case, our “Median SaaS Co.’s” S-1 metrics would be as follows: 9 years from founding, ~450 employees, ~$120M in revenue over the last year growing about 85% annually, a hair away from EBITDA break-even and with $60M in private financing under the belt. “Median Co.’s” outcome would be a $680M IPO valuation, approximately, representing ~10x investor capital. That’s a median case, however, and smooths over wide disparities in metrics and valuation; getting to the bottom of those led me to these 5 key takeaways:

Over the past two years, of the enterprise IPOs included in this set, five managed to go public within seven years of being founded. “That isn’t particularly fast when you compare it to some consumer companies,” someone’s thinking, with Groupon, Zynga or maybe Demand Media in mind. But fast to rise, fast to fall. The enterprise model generally requires sales contracts which lock in subscription revenues; big ones take time. What takes time and effort to build, however (a sustainable, recurring stream of revenue via well-understood and stable customers), doesn’t collapse quickly from public sentiment, thanks to switching costs if nothing else. Meanwhile, the time it takes to bring a company public is shrinking. People just tend to compare times to go public by IPO year. That may speak to the warmth of the public market at the time, but it doesn’t actually take into account the effect we’re looking to track: the increasingly low friction (in terms of cost, ease and deployment) for tech startup founders, thanks to transformational changes like cloud technologies. Instead, we need to look at time to IPO by founding year (see chart to the right). Once we get into the 2000’s, the data is increasingly biased (some are still working on an IPO), but the fastest half to IPO should be the true measure anyway; companies that take 20+ years to go public often do so by choice or because they’re fundamentally flawed businesses. Looking at time to go public by IPO year, you’re likely to see older companies price in tough markets; investors aren’t as ready to buy that high-growth, unprofitable but sexy story and only the proven, stable businesses are underwritten. The average 2009 IPO (not sector-restricted) took over 19 years; in 2010, 18 years; in 2011, 13 years; in 2012, about 10 years; and the same in 2013 if we exclude one wild outlier. What’s clear, though, is that thanks to cheaper startup infrastructures and SaaS deployment, among other things, more enterprise companies are trending further into the single digits. I’m all for better, faster paths to going public, but there are other ways to exit spectacularly in the meantime. Seven-year IPOs like Marketo and Marin Software are great outcomes!

2) Nontrivial Unprofitability (“For The Right Reasons”) Is The Norm

Of the selected enterprise companies that went public over the last two years, many of those that were founded before 2004 were profitable. The average EBITDA margin the year before IPO, in fact, was about 1%. Doubt-digit unprofitability was anomalous (Proofpoint being about the only example in this case). Of companies founded after 2004, however, heavy operating losses were the norm. Three companies (Workday, Marketo & Marin Software), in fact, went public with fanfare boasting terrible EBITDA margins (in the negative 30-70% range). Clearly the argument for such unprofitability is that you’ve got to spend money to make money: that these companies are capitalizing on their momentum and that they’ll go through their fat-cutting phase at some point, transforming into a healthy, sustainable company. How quickly this happens and the patience of public market investors will depend on the company and in these cases, remains to be seen. Regardless, in this environment, profitability is no requirement.

3) No Fear Of Massive Hiring Ramps When Needed

The average number of employees for companies going public 2012-2013, regardless of founding year, was about 600. Large hiring runs in the years leading up to IPO, however, have become more common (often inline with later-stage capital infusions). In general, B2B sales organizations (especially those large with inside sales and support functions) require a large number of bodies to handle the top of the funnel. That funnel can be particularly huge if the company happens to cater to SMBs. Marketo was (and is) a particularly aggressive hirer, growing jobs over 700% from 2008-2011. Workday amassed a workforce of double the size of its typical IPO-stage peer at 1450 heads (that figure is now closer to 2000). These hiring ramps don’t typically produce 1:1 sales gains, however; the 2013 companies included in this analysis (Marketo, Tableau, Workday, Model N) all had LTM revenue per employee of well under $200K, whereas their 2012 counterparts averaged over $250K / FTE ($255K excluding the unusually efficient and super high-growth Palo Alto Networks). That effect could be a result of the time required to ramp a hire’s skills to 100% or hasty hiring practices.

Several recent IPOs, namely Marketo, ServiceNow and Workday, raised large private financings in the last few years before IPO. As mentioned above, there’s a clear rationale for the need to spend heavy to fuel growth (mainly sales and marketing expenditures, and within that, personnel). And spend these companies did, maintaining in some cases (50%) EBITDA margins through IPO. The public seemed to focus mostly on the revenue growth story. All of them achieved annual growth rates of 100%+ by the year before IPO, which almost certainly eased the go-public process and made for a good narrative in the S-1. By all appearances, investors are willing and the cash helped to get the IPO done; so such financing practices will probably continue given the right candidates. But the key question here (from a fundamental / long-term investor perspective) is whether that cash has built up stable business or whether it was used to weave an ephemeral “100% revenue growth” story for roadshow purposes.

5) Sometimes Waiting A Year Or Two Is Better

The chart to the right compares two metrics: in red, the number of years the company took to go public from founding; in blue, the “bang for its buck” the company achieved by going public (e.g. its IPO valuation / the total amount of capital it raised beforehand). Well, the trend isn’t particular insightful except for the point that several IPOs recently have driven great returns for founders and investors, some capital-light (e.g. Bazaarvoice) and some not (e.g. Workday). Tableau, obviously, stands out as the big winner, hitting a $2B valuation on just $15M in capital raised (compare that to Marketo’s $465M valuation on $107M raised). Yes, it took 10 years instead of 7 to go public, but it entered the scene with several years of profitability and high growth under its belt, handsomely rewarding its backers and leaders in the process. Sometimes, it seems, doing more with less and abiding an extra year or two is the right answer.

Note: Does not include all B2B IPOs from the 2012-2013 period. Annual revenue periods vary due to S-1 reporting and fiscal years.