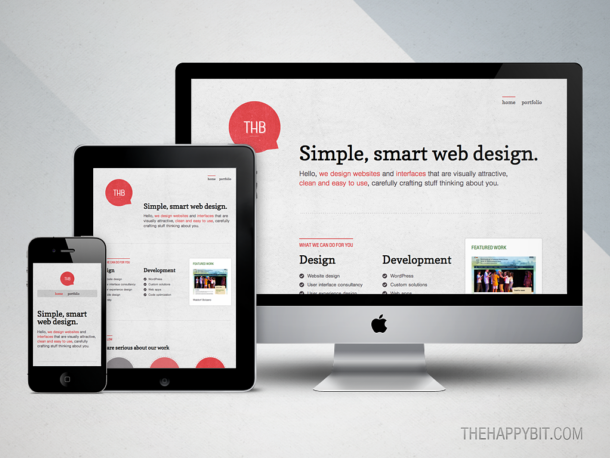 The Importance of Responsive Web Design

Although mobile is still the new kid on the block, those devices are already outselling desktop computers and generating a rapidly growing piece of the Internet traffic pie. Accompanying such a trend is the need to provide satisfactory user experiences across a host of devices.

People often mistakenly toss around the term “mobile web,” establishing an opposition to the “normal” web. This type of thinking naturally divides people into two camps: those who are proponents of multiple websites catering uniquely to each screen, and those who support responsive web design (RWD).

Usability expert Jakob Nielsen believes that a separate mobile website is optimal. For many this is actually cheaper than alternatives such as RWD, which would require auditing content. He also writes that mobile sites have much higher measured usability than full websites, so therefore companies should make separate sites.

Opposing Nielsen are supporters of RWD, which enables a company to create a single website that automatically adapts to be accessible through any device. Despite this simplicity, RWD has its own complications. First off, it interferes with the traditional method of content creation. In the past, content management systems allowed people with no knowledge of HTML to create web content. In addition, creating layout transformations, handling images, and other similar tasks are deceivingly difficult. As such, what developers see may not be what users see. Despite these potential complications, RWD is at the forefront of the mobile development tools because it works seamlessly across all current and (presumably) future devices. Businesses, therefore, must make sure to acknowledge RWD’s importance and fully embrace its utility and adaptability.