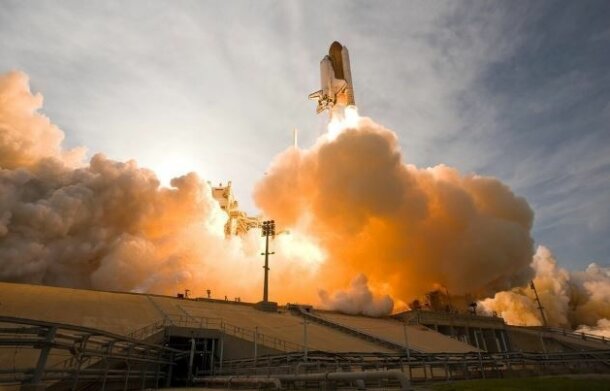 We at Bowery Capital released the 2016 edition of Opportunities In Vertical Software in November, which laid out our point of view on ten specific verticals and the potential for various software solutions to dominate each of these ten verticals in the coming years as well as technology shaping the future of four emerging vertical. This Emerging Vertical Software Deep Dive post is intended to provide an analysis of Aerospace software history, market themes, & investors.

Aerospace research and technology has been at the forefront of many governments goals since the early 20th century. In 1957, the Soviet Union launched the first artificial satellite and four years later, Russian Lt. Yuri Gagarin was the first human to orbit the earth. In the early 1960’s is also when Alan Shepard became the first American to fly into space and John Glenn became the 1st American to orbit the earth. With this level of advancement, President John F. Kennedy set a goal of landing a man on the moon. In 1969, his vision came true when Neil Armstrong took “a giant step for mankind.”

During the early years of space technology advancement, the focus was on software that powered unmanned spacecrafts capturing images and communications and navigation satellites that could map the surface of planets.

Aerospace technology quickly shifted to a more commercial application. From a consumer perspective, satellite signals enabled families to consume TV through antennas placed on their homes. Government agencies leveraged satellite imaging as a way to monitor naturally occurring events across the earth, with one significant finding being the discovery of the Ozone hole.

(1) Data Analytics is becoming a major focus for aerospace software companies. NASA amongst other space agencies has successfully collected and continues to collect significant amounts of data through satellite imaging and other methods. The ability to aggregate this information and extract actionable insights will have great implications for fields beyond space exploration. A lot of the data collected is in regards to the earth and developing changes over time. Analyzing this data in correlation to other data sets (e.g. weather, infrastructure development, etc.) will provide valuable insight.

(2) Launch system safety and efficiency has been a key area of focus within aerospace software for some time. Catastrophes such as the Columbia tragedy highlighted the importance of understanding and developing reliable launch systems. There is a lot of focus on improving the reliability and safety of launch system as well as on cost reduction. Getting this application right will be crucial for advancement towards consumer space travel.

(3) High resolution cost efficient imagery has become a focus of many new companies in the space race. With the declining costs of satellite production, many see a large opportunity for supplying imagery that can be used within sectors such as financial services. For example, in 2010 UBS used satellite images of Walmart parking lots to estimate the company’s sales before its quarterly earnings were released.

VC investment in aerospace focused startups reached an all-time high of $1.8B in 2015, totaling more than the $1.1B of funding in the prior 15 years combined. The majority of funding has been focused on companies that manage a set of deployed small satellites and collect data or companies that focus on turning that data into insight. Some notable investors in the space include First Round Capital, Cottonwood Technology Fund, DFJ, Khosla Ventures, Sequoia Capital, Thrive Capital, RRE Ventures, & Venrock.

Thank you for reading our analysis on the Aerospace Software Vertical. Make sure to check out the 2016 edition of Opportunities In Vertical Software for the full report.