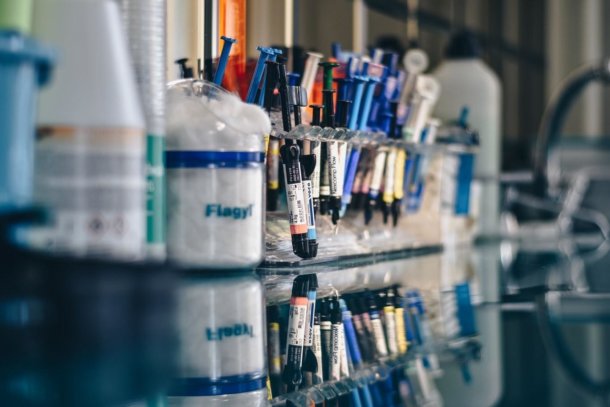 The Bowery Capital team is embarking on a ten week journey to cover B2B Marketplaces. We are doing deep dives on various companies, interviewing founders and investors, and learning what it takes to build success in the B2B Marketplace arena. Below is a part of our content series focused on learning from the prior generation of winners. This week we focus on lab supplies marketplace Jaggaer (formerly known as SciQuest). You can read all of the posts in our series by going here.

Jaggaer (formerly known as SciQuest) is a provider of spend management solutions that maximizes end-to-end visibility, increases productivity, reduces costs, and automates the source-to-settle process through a unified cloud-based platform. Jaggaer offers a suite of products and applications to facilitate all stages of procurement, from sourcing and inventory management to savings tracking and spend analytics. Founded in 1995 and based in North Carolina, Jaggaer currently serves leading biotechnology, pharmaceutical, and academic organizations as well as numerous Fortune 500 companies.

Founders Scott Andrews, Bobby Fiegler, Keith Gunter, and Peyton Anderson launched SciQuest during the dot-com boom of the 1990s, gleaning inspiration from their work as life science and research suppliers. Specifically, Andrews found that he struggled to fulfill many of his customers’ product requests without engaging in lengthy searches of often outdated catalogs. After observing firsthand the unsystematic and tedious process of distributing laboratory supplies, the group of friends wanted to transform their collective struggles into a virtual and user-friendly marketplace. Rather than purchasing lab supplies from several different companies, SciQuest sought to aggregate this process onto one platform, allowing a simpler and more efficient experience for customers searching for highly specific products.

SciQuest initially targeted the multi-billion dollar lab supplies market, but later branched out into additional categories as the platform expanded in scale. As a marketplace, SciQuest raised $37MM in venture capital funding before announcing a $120MM IPO in 1999. However, SciQuest then saw a wave of competing suppliers transitioning to the digital sphere and challenging the company’s own vision. In response, SciQuest developed its own cloud-based system and acquired EMAX in order to facilitate a move into e-procurement, instead of just operating a traditional e-commerce marketplace. While the company shifted its aims towards e-procurement, it retained its focus on the life sciences research sector. This goal was met in part by the 2002 acquisition of HigherMarkets, which helped SciQuest meet the specific and complex procurement needs of academic research institutions. Though SciQuest’s new focus on software helped grow revenue, the company remained unprofitable.

In 2004, the publicly-traded SciQuest was taken private by Trinity Ventures in a deal valuing the company at $25MM. After the acquisition, SciQuest migrated its HigherMarkets customers onto a new automated procurement platform known as SelectSite. SciQuest’s time in the private markets gave the company the long-term support it needed to complete its transition to e-procurement. As a result, SciQuest was able to go public again in 2010 in an IPO valuing the firm at $190MM. After this 2010 IPO, SciQuest made a number of acquisitions, including AECsoft USA, Upside Software, Spend Radar, and CombineNet. SciQuest was once again taken private in 2016 in a deal led by Accel-KKR worth $509MM. Under new leadership, SciQuest expanded into the retail, manufacturing, and consumer packaged goods market and underwent a name change to highlight this shift, rebranding under the name Jaggaer in 2017. As Jaggaer, the company has continued its acquisitive history, purchasing European-based Pool4Tool and BravoSolution – two purchases that broadened Jaggaer’s global reach and led its revenues to triple. Accel-KKR subsequently sold a controlling interest in Jaggaer to international private equity firm Cinven in 2019. Today, Jaggaer has more than 1,000 employees and serves over 2,000 customers who are connected to a network of more than 3 million suppliers across 70 countries.

As the market has shifted over the last two decades, SciQuest/Jaggaer has consistently reinvented itself in order to remain competitive by exploring new technologies, business models, and leadership. This innovative approach has proven to be a success as Jaggaer is now the largest independent spend management company in the world and has widespread recognition among top brands in the life sciences and higher education markets.