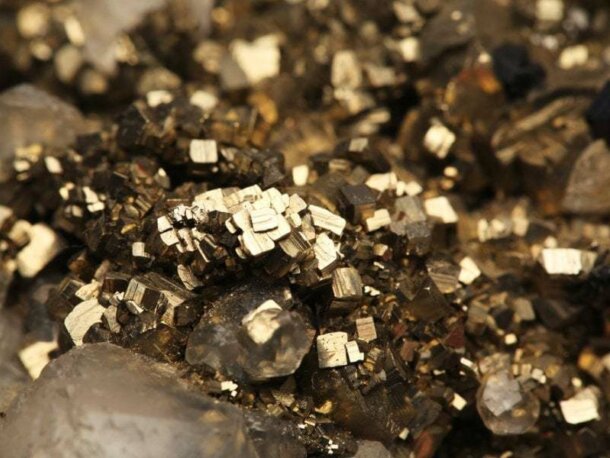 The Bowery Capital team is embarking on a ten week journey to cover B2B Marketplaces. We are doing deep dives on various companies, interviewing founders and investors, and learning what it takes to build success in the B2B Marketplace arena. Below is a part of our content series focused on learning from the prior generation of winners. This week we focus on mining supply marketplace Quadrem. You can read all of the posts in our series by going here.

Quadrem was launched in 2000 by a consortium of market leaders in the mining sector including Alcoa, Glencore, and Rio Tinto, among others. As a B2B marketplace, Quadrem initially focused on matching buyers and suppliers in the natural resource sector, before subsequently expanding to support utilities, oil & gas, and manufacturing companies worldwide. Quadrem successfully digitized many of the steps involved in the procurement process and was able to provide on-demand solutions that enabled its customers to rapidly connect and collaborate to improve supply chain performance. As an independent company, Quadrem operated in a variety of markets including Australia, Brazil, Canada, Chile, France, Mexico, The Netherlands, Peru, Singapore, South Africa, and the United States.

Quadrem launched by focusing on customers in the minerals and mining industry; since mining companies often operate in remote areas of Africa, Latin America, and Asia, the platform needed to quickly develop a network of reliable suppliers in these far-flung locales. Quadrem was successful in large part because it built out a network of suppliers in these markets that far exceeded what competing supplier networks, like Ketera or IBX, were offering. Moreover, Quadrem wisely chose to design its platform so it could integrate with SAP’s eProcurement offerings, making it easy to onboard potential customers who were familiar with SAP, and reducing initial friction around adoption. This connectivity allowed a global company that may have been using SAP’s eProcurement product for European and US operations to easily bolt-on Quadrem for its supplier needs in Asia and Africa.

Like many v1.0 B2B marketplaces, the scale and reach provided by having the backing of an industry consortium helped Quadrem quickly become a leader within procurement divisions at multinationals; and many of the consortium’s name-brand backers adopted the platform for their own in-house needs. This is one advantage of the consortium approach, and attracting suppliers is much easier when they know they have opportunities to reach industry giants like Alcoa and BHP Billiton simply by joining your new platform. At its peak, Quadrem was a clearinghouse for more than 70,000 suppliers in 65 countries and was operating one of the world’s largest on-demand supplier networks; in 2009 Quadrem recorded revenues of approximately $58MM. Quadrem’s success made it an attractive acquisition target for Ariba, a competing procurement focused e-marketplace. In 2011, Quadrem was acquired by Ariba for $150MM; Ariba was itself subsequently acquired by SAP in 2012 for approximately $4.3BN. After these successive mergers, Quadrem’s existing users were integrated into the wider SAP Ariba network.

Quadrem’s unique value proposition – offering a large supplier network in underserved regions – made it a go-to platform for multinationals in developing countries looking for on-demand supplier solutions. By using mining as an initial wedge, Quadrem was able to execute an ambitious expansion strategy, digitizing supply networks across the globe, which allowed its founders to build a robust B2B marketplace and ultimately an attractive acquisition target.