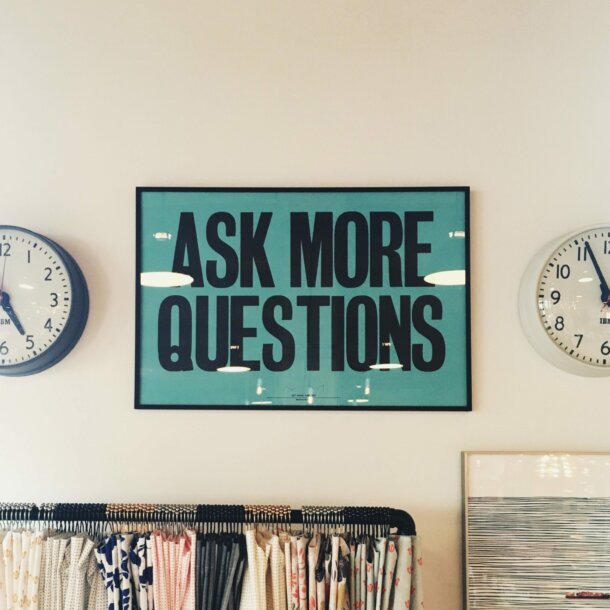 Early Sales Hires: The Questions That Everyone Needs To Be Asking

Early sales hires at young companies carry bigger stakes than most for founders. Why? Well for starters, your “culture dilution” in an early-stage company is still very concentrated. One individual hire, and certainly the first of their kind, has the ability to shift the culture of a 5 person company much more significantly than a 500 person one. Furthermore, as the first sales hire, this person will go on to set the tone for other hires of their kind shortly after, for better or worse. Additionally, sales hires tend to have higher turnover, and at an early stage, you can’t afford to invest heavily in one person only to have them leave in 6 months. Finally, there’s an exponential revenue and runway affect here. If they perform poorly, then not only do you need to find someone new, but you’ve wasted valuable time in building your sales foundation. If they perform well, not only have you affected your revenue and burn rate positively, but you’ve laid the foundation for others to come in and do the same rapidly.

At Bowery Capital, our Acceleration Team has thought quite a bit on this issue and we regularly guide both our founders and early sales hires on important questions they should be asking themselves and the opposite party. So what’s to be considered (on both ends) before making this critical hire?

Questions to consider when hiring your first salesperson

Let’s start from the hiring side of the table. There is a huge difference between someone who is an incredible sales rep and someone who will make an incredible first sales hire. This is where we see a lot of companies fumble early on. It’s easy to assume that a candidate who was a top performing rep at a Salesforce, Marketo, Oracle or Box will go on to be a great early sales hire because they were overachieving quota and received great training, but it’s important to keep in mind that companies of that size have very concrete infrastructure in place to make sure their reps are set up for success. This sort of groundwork often times has not been laid at early stage companies, and you as a founder will need to be able to rely on this person to help build it out. Unless they were an early employee- let’s say 15 people or under, you’re better off bringing in someone who was at a smaller team and helped them grow. They’ll be more comfortable with inevitable startup ambiguity and will thrive in a more autonomous setting. So what are some ways to identify talent for a first sales rep?

If a salesperson doesn’t know exactly what their quota is (monthly, quarterly, annually) and what their attainment was/is, red flags should be popping up BIG time. Great reps are excited to talk about how they’re crushing it and should want to talk about how much money they’re making. At this stage in your company, you don’t have the luxury of bringing in someone who isn’t hitting or exceeding quota. In the same vein, if they can’t walk you through their entire sales process from start to finish, you need to be ready to walk away. There likely isn’t a massive marketing engine at this point or a SDR team setting up meetings for the rep, so if they don’t know how to do outbound or aren’t willing to, this probably isn’t the opportunity for them. As we mentioned earlier, this person is going to set the tone for the rest of the sales team that comes after. This rep is also going to be leading the revenue engine that you will need to go back to your board and report on. If they’re not laser-focused on numbers and metrics, they won’t be the right person to take on this responsibility.

Be ready to have examples of actual profiles of people you would want to hire. Many companies slow down their initial hiring processes based on looking for someone who may not actually be out there. Find a target candidate that you can use as an example when you begin the search, and then be able to identify exactly what characteristics make this person a fit. This is also when it’s important to be realistic about who you can afford. If you have a very strict budget for this hire, you will likely need to sacrifice something that will move the needle slightly away from your ideal profile, usually years of experience or domain expertise. If you find someone who checks the quota-crushing and startup boxes, we would caution you not to be too caught up in domain expertise or exact years of experience.

It’s important to understand what this person’s long term career goals are, and whether or not this opportunity lines up with what they’re looking to do in the long run. People often leave companies because they don’t feel like they have the ability to progress in their career within their current organization, so try to get ahead of this if you can. It doesn’t mean that you need to offer this person the job they want in 5 years tomorrow, but you both need to truly believe that if they make this step with your company, they’re moving in the direction towards that long-term-goal. The best candidates are going to interview you just as much as you’re interviewing them, and at the end of the day, the recruiting process is a sales process. Check out one of our posts from earlier in the year about the key points to touch on when recruiting early sales talent for your startup.

Questions to consider as an early sales hire

Good salespeople are extremely talented at uncovering critical information within their prospect’s organization in order to support and close their deals. Surprisingly, good salespeople sometimes come up short when it comes to the critical questions they should be asking of their own prospective companies when being hired, especially if they’re the first seller being hired into the organization. This undoubtedly leads to personal frustration and higher sales team turnover down the line. Let’s avoid that and focus on some things you need to be asking as an early seller at a young company:

This question is really important. Organizations get very excited about their first sales hire (and they should!) but they forget that their previous #1 seller (often times the founder/CEO) is very different from this seller. The goals and expectations, both quantitative and qualitative, need to be different too. When in doubt, be conservative and rely on the numbers you’ve been gathering in your CRM (average contract value, size of pipeline, time it takes to close deals, and % of deals that are closed-won) to define this person’s goals. First time sellers, you should be asking about these numbers too and how the current team tackles them. Founders, have you been tracking these? If not, then start now, and be open with your new seller about where you stand here to avoid confusion down the line.

These questions are so top of mind within the company, that you don’t even think to ask about them internally. Companies know where they’re at funding-wise (obviously) and they talk about financials with regular cadence. To a new seller though, especially if they’re changing industries and just getting into startups for the first time, these aren’t no-brainer questions to ask, and they do have implications. New sellers need to understand the risk dynamics here and what they’re getting into. Furthermore, they will affect how sales goals are set and changed. Caveat emptor.

This is important for many reasons, but there are plusses and minuses to both situations that should be considered by the new hire. If your manager “grew up through the system” then they probably have a lot of institutional knowledge about the product and how it came to be (a good thing when selling it), but they might lack other experiences in managing teams at a growing organization (a challenge when scaling the sales team, and you as a seller). If the person was hired in from a reputable company to be a manager at this company, then they likely have a solid track record managing teams, but they may still be gaining the institutional knowledge about the product or domain expertise around what you’ll be selling day to day. As a new seller, I would simply pause and think about these things, and what you value more out of your manager.

For our interviewees in general, here are some other questions to ask if you’d like, when appropriate:

Hopefully you now feel armed to have a more informative conversation during the hiring process, whether you’re the company doing the hiring, or the sales hire jumping into the mix. We often compare hiring and interviewing to apartment hunting in a major city. It’s important to know the 3-4 things that you’re targeting while also keeping in mind that you may end up only checking 3/4 of the boxes on your list– and that’s okay!

At best, the very act of thinking about these and discussing them prepares everyone involved to make this critical decision and execute on it successfully. At worst, if you ask these things early and it doesn’t work out, at least you can say to each other “You can’t say I didn’t tell you so!” Expectations are everything in sales, so why not start from the beginning. Good luck and go get ‘em!

If you liked “Early Sales Hires: The Questions That Everyone Needs To Be Asking” and want more content on how to scale your startup, check out other relevant blog posts from the Bowery Capital Acceleration Team.

Alexandra is the Director of Talent at Bowery Capital based in New York. She works with the firm’s entrepreneurs on their human capital strategies including recruiting, interviewing, compensation planning, sales management, and onboarding. Prior to joining Bowery Capital, Alexandra was the Director of Account Management at Betts Recruiting in San Francisco. She worked closely with founders of high growth software companies including Everstring, Rubrik, Intercom, Apptimize, Zenefits, and Tintri to build out their human capital efforts focused on early revenue generation. Alexandra holds a B.A. in English Language and Literature from The University of Michigan.