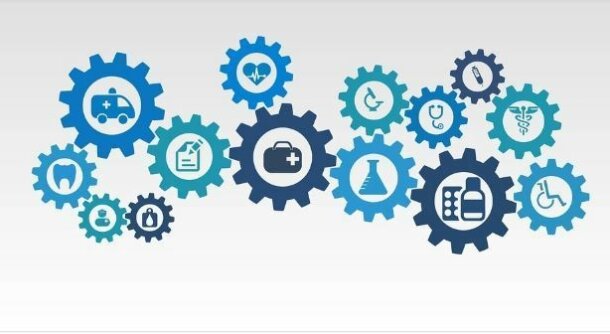 We at Bowery Capital released the 2016 edition of Opportunities In Vertical Software two weeks ago which laid out our point of view on ten specific verticals and the potential for various software solutions to dominate each of these ten verticals in the coming years. For ten weeks, we are releasing content focused around the impact of software on these ten industries. We covered the Construction vertical last week. For our second week, we feature the Insurance vertical. Our first post discusses insurance software and in particular the market history and dynamics of software on the vertical.

The insurance software industry really took shape in the 1970s and 1980s as application software companies began to innovate in the space. Policy Management Systems Corporation (PMSC), started in 1974 by Larry Wilson, was the first large scale provider of software and information services in the industry. The business was the “system of record” for property/casualty companies as they sought to better manage their policies. The business went public in 1981 and was sold to CSC in 2001 with CSC continuing to be a large player on the services side in the market. Vertafore, originally AMS, was started shortly after PMSC in 1976 (also by Wilson) and today considers itself the largest insurance software company in the world. Their products are used by nearly 30,000 insurance agencies, including 96 of the top 100 U.S. agencies. The business has acquired many companies through the years and is currently PE owned. In 1982, Sapiens is formed in Israel by Tsvi Misinai and Tuvi Orbach to solve many of the software problems in the life, pension & annuities insurance industries. The company remains large and only one of two public companies in the space. Applied Systems, a major competitor to Vertafore in agency systems, was then founded in 1983 by Robert Eustace. The Applied TAM product today is the most widely used cloud-based brokerage management system in the world. The business has also gone through a number of PE owners and remains PE owned today. Many other carrier vendors, Majesco, Insurity, and at least 20 others became large over the past 30 years but none reaching the scale of these players. In 2001 we saw the last large player in the space take shape with Guidewire. Founded in 2001 by 6 individuals and led by Founder Marcus Ryu, Guidewire is one of only two companies that are publicly held and it’s focus is on carrier systems. Today they are the largest by valuation in the industry. Since then, the industry has seen several fast growing sector focused companies such as Dovetail (Marsh), EagleEye Analytics (Guidewire), Agencyport (Duck Creek Technologies), VUE, Fineos, Duck Creek Technologies (Apax), Keylane, and others from 2001 to today. Many have built incredible moats through the years.

Opportunities in the insurance software space look promising in the upcoming years. Demand remains very strong from the IT purchasing side with spending on software continuing to increase year-over-year. Gartner predicts this number to reach $38.5B by 2019 largely as the industry swaps old technology for new, shifts from on premise to SaaS, and begins to buy more technology for process improvement. SaaS founders benefit from gigantic multiple end markets, generally high ACVs, large and well known customers, favorable IT headwinds around regulatory and compliance pressures, and a solid level of sophistication around IT spending. On the negative side, these buyers take their time (long sales cycles), rely heavily on procurement and security teams, are very relationship driven, and have very tight IT purchasing policies making it tough to enter anywhere other than the C-Suite. There is finally a limited history of major successes in the industry from a software “go public” standpoint. That said, funding going into insurance technology has increased from $740MM in 2014 to $2.65B in 2015 which could be viewed as both a positive as new company formation drives innovation and the next crop of winners. All in, this remains a very large and open market with a fair amount of tailwinds helpful to the next crop of founders building SaaS companies in this space.

Make sure to check out the 2016 edition of Opportunities In Vertical Software for the full report and we will be back tomorrow with some more information on the Insurance industry and the software that powers it.