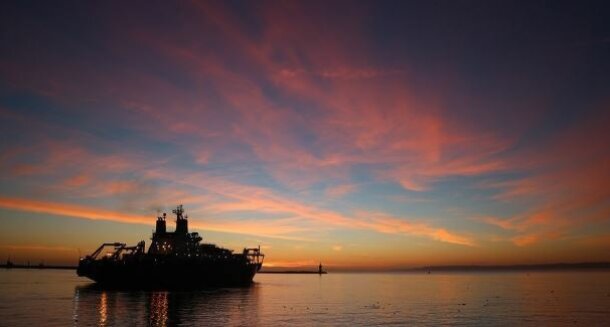 We at Bowery Capital released the 2016 edition of Opportunities In Vertical Software in November, which laid out our point of view on ten specific verticals and the potential for various software solutions to dominate each of these ten verticals in the coming years. For ten weeks, we are releasing content focused around the impact of software on these ten industries. We covered the Agriculture Vertical last week, and have also covered the Manufacturing, Healthcare, Education, Legal , Restaurant, Insurance, and Construction verticals in weeks prior. This Logistics Software Deep Dive post is intended to provide an analysis of Logistics market themes, players, & investors.

(1) Transportation Management Systems (TMS) are becoming more prevalent, yet affordable due to the cloud – Historically, shippers were unable to take advantage of a TMS unless the shipper processed an extraordinarily high volume of shipments. For many smaller shippers, utilizing a TMS was simply out of the question. However, the rise of the cloud has changed that. The rise of software as a service applications will further level the playing field between large and small to medium-sized shipping companies. Today’s Transportation management systems tend to focus more on cloud and web based systems, which can be easily accessed by nearly any applicable party, while previous TMS systems were located on site and only capable of minimal communication. According to a study done in 2014 by Software Advice, 25% of shippers were still using manual methods but mentioned that they want route optimization and other tools to help better their companies. We know the demand is there and with many more companies evolving in this space we hope to see a major change in the way shippers go about their processes.

(2) The Use of Autonomous Vehicles & Drones will increase in coming years – Another one of the evolving logistics market themes is the use of drones becoming increasingly common. As explained by Robert J. Hall, president of Track Your Truck, Prime Air will deliver products within 30 minutes of being ordered. Ultimately, this logistics technology is not yet ready for roll out on a massive scale. However, Intel recently set a world record for having the most unmanned aerial vehicles flown in a single location, at the same time. Autonomous vehicles are slowly taking charge such as can be seen with Ubers autonomous truck delivery company Otto. Autonomous vehicles pose major implications for addressing the driver shortage and minimizing the potential damage from long-haul driver fatigue. Ultimately, third-party logistics providers (3PLs) and other shipping entities are looking towards the insurance industry for the successful roll out of this technology. For example, when the insurance industry approved the use of GPS and traction control measures in vehicles, the application of these logistics technologies became widespread within a few years. Google announced in 2011 plans to develop an autonomous car, and in early 2015 Apple announced plans to ship its first self driving car in 2019. As more companies become more invested in the idea and benefits of a self driving truck, the technology will become increasingly prevalent within the logistics industry.

(3) The use of Robots in warehouses and delivery will increase- In March of 2012, Amazon bought Kiva Systems for $775MM. At that point, Kiva robots were rolling out everywhere as an efficiency play for company logistics. Upon acquisition, Amazon leveraged the technology in house for internal production. Other logistics tech developments include GreyOrange Butler robotic systems, which takes the leg work out of the picking process by bringing shelves to the pickers, as well as Fetch Robotics who developed a mobile base and mobile picking robot to make the physical workload of manually picking items and placing them in a given tote simpler and less strenuous.

One the largest and most notable public companies in the space is Trimble, which has now evolved and branched out into various different industries while sticking to their core focus of improving transportation and logistics in each of the industries that they are servicing. The company has a market cap of ~$6.8B and had over $2B in revenue for 2015. Other major public companies in this space include WiseTech Global, Fleetmatics (acquired by Verizon), bsmTechnologies, TomTom and more. Private companies such as Telogis, NexTraq, LYTX, and many others are also becoming more active in the space.

We’ve seen emerging software players in the transportation and logistics Industry gain momentum as the market and demand continues to grow. One of the leading emerging players isTransfix, a company that is aiming to develop a smarter and more efficient way to operate the multi billion-dollar freight industry. Using Transifx’s technology, shippers can easily track packages in real time, resulting in 10-15% savings on each shipment. Another leading emerging player is Shipwire, a company that provides product fulfillment to growing product brands and retailers with ecommerce order fulfillment services power by a global warehouse network and a cloud logistics platform. A 3rd emerging player is TruckerPath, focused on providing an online marketplace for the commercial long-haul trucking industry connecting brokers and carriers. TruckerPath’s software is easily accessible on both web and mobile.

Thank you for reading our analysis on Logistics Market Themes, Players, & Investors. Make sure to check out the 2016 edition of Opportunities In Vertical Software for the full report and we will be back next week with our next series of industry deep dives.