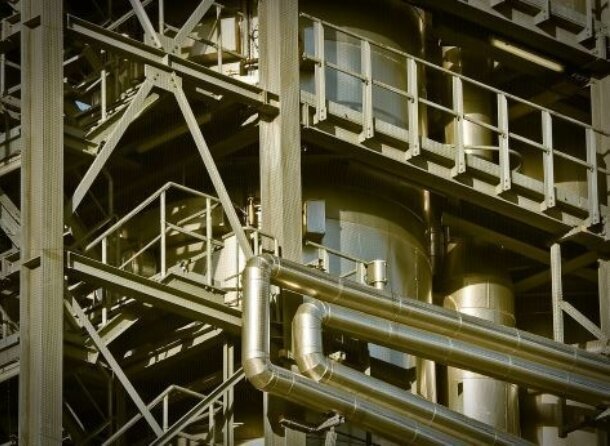 We at Bowery Capital released the 2016 edition of Opportunities In Vertical Software in November, which laid out our point of view on ten specific verticals and the potential for various software solutions to dominate each of these ten verticals in the coming years. For ten weeks, we are releasing content focused around the impact of software on these ten industries. We covered the Healthcare vertical last week. For our seventh week, we feature the Manufacturing vertical. Our first post discusses manufacturing software and in particular the market history and dynamics of software on the vertical.

The manufacturing software industry really took shape in 1960’s and 1970’s as software began to innovate in the space. Companies in the 1960’s began to aggressively adopt mainframe computers and stemming from this adoption, manufacturers were able to move their financial accounting and inventory management functions from paper to software based approaches. The major ERP players Lawson, Baan, and SAP were founded in the 1970’s: SAP, was founded by four former IBM engineers, and has become today’s largest enterprise software vendor. SAP’s first product was called SAP R/98 and it offered a centralized data storage system, for better maintenance of data. The company went public in 1988 and has recently acquired several companies selling cloud-based products, showing their interest in a shift to the cloud. Lawson, founded in 1975, created software focused on providing business with software application for functions such as finance, supply chain management, and procurement. Lawson was eventually acquired by an ERP rival, Infor for $2B in 2011. Baan was founded in 1978, and went public in 1995, and was one of the most widely used software platforms during the late 1980’s ad early 1990’s. However, in 1998, it was found that the companies’ management exaggerated their revenues and they were eventually sold to SSA Global Technologies in 2003. Infor then acquired SSA in 2006. In the early 2000’s we saw an uptick in mergers in the ERP market. The first major deal was PeopleSoft’s acquisition of JD Edwards in 2003, and afterword, Oracle’s bid to acquire PeopleSoft in 2005. Oracle acquired roughly 30 companies around that time and Sage Software acquired 40. Sage was founded in 1981 and went public in 1989, and is currently one of the leaders in the ERP market, which includes Infor, SAP, NetSuite, and Oracle.

Opportunities in manufacturing software look promising in the upcoming years. Demand for ERP software has been forecasted to experience tremendous growth over the next few years. According to a Grand View Research report the ERP software market is expected to be worth $48B in 2022, with an estimated CAGR exceeding 7%. On-premise ERP software still makes up a majority of the software used by manufacturers, with over 60% of total revenue in 2014 being attributed to on-premise. However, cloud software is catching up as more companies make the shift to lower their infrastructure cost, On the negative side, many buyers are still hesitant on shifting their software to the cloud, and instead prefer benefits offered by on-premise software such as higher control of their organizational data and reduction in dependency on third party vendors. That said, funding going into manufacturing technology is seeing a steady increase and has grown from $30.6MM in 2014 to 40.4MM in 2015. All in, this remains a very large and open market for the next crop of founders building software companies in this space.

Make sure to check out the 2016 edition of Opportunities In Vertical Software for the full report and we will be back tomorrow with some more information on the Manufacturing industry and the software that powers it.