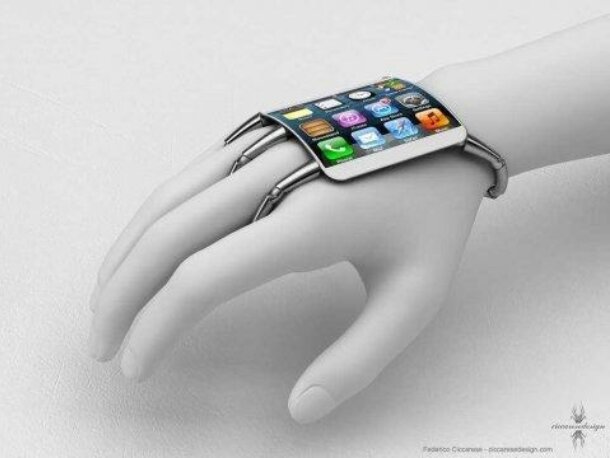 Wearable technology, long ridiculed as the domain of overeager early adopters, finally appears to be on the cusp of widespread adoption. Diane von Furstenberg famously included Google Glass in her show at last year’s New York Fashion Week, and in the past twelve months there has been an explosion of “smartwatches” from startups as well as established players. Outside of consumer users though, can wearable tech apply in the enterprise?

Wearable technology has the potential to provide accessibility for employees to be more productive in industries such as construction and manufacturing as well as in sales roles.

A technician, for example, might be able to pull up manuals or status reports via a Google Glass-like (Heads Up Device) HUD, while continuing to work with their hands or be alerted to incomplete safety checks thereby reducing the risk of error or on-site accidents.

A salesperson could leverage the technology to have instantaneous access to every relevant data point your firm has ever produced about its products in real-time during a sales presentation.

As with any new product, wearable devices will also pose serious challenges for firms. Firstly, there’s currently no standardization in terms of operating systems, interface paradigms, or even form factors, so integrating these technologies into the workplace may be logistically complex for the foreseeable future.

Secondly, there are significant security concerns, with respect to the devices themselves (how does one secure one’s Google Glass or smartwatch?), and potential for malicious use of the devices (how would famously-secretive Apple react if suddenly, every one of their employees had a camera attached to their heads?).

Finally, wearable technology is still in its infancy and has yet to be fully proven or accepted. Even in the consumer space; firms that want to be first adopters will almost certainly face internal and external social challenges.

In spite of these hurdles, there’s an incredible amount of opportunity for wearable devices in the enterprise space, and the next few years should show an increasing amount of innovation in this space.