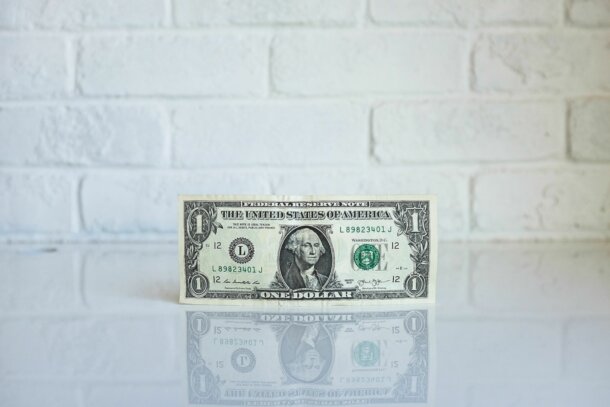 What Will Happen to Venture Capital When the Recession Hits?

“The four most dangerous words in investing are “This time it’s different.” The wise words of legendary investor John Templeton ring true today; with an inverted yield curve appearing after a decade in a bullish market, many economists in the United States are predicting an economic downturn to strike in the near term. Although the predicted low amount of public consumption indicates that startups will have trouble raising funding in the year to come, we wanted to deep dive into Venture Capital performance through past recessions to better understand the impact the upcoming recession will have on the industry.

Over the past 5 years venture capital has become a hot industry, and a large number of seed stage funds have opened up with sub-$10 million in capital. However, as multiples and valuations compress, Limited Partners will become less benevolent with their check sizes. In the data below, we can see that the number of venture capital funds drops from 585 to 396 after the Dot-Com bubble in 2000, and again drops from 443 to 388 after the Great Recession in 2008. Similarly, capital raised by funds drops from $88.4B to $49.9B after 2000, and $53.2B to $22.7B after 2008. As investor money begins to dry up after the next recession, we predict fewer seed stage funds and family offices will be willing to make large investments in new startups.

Public valuations will be the first visible impact caused by the recession. Dollars are currently flooding into investments in overvalued technology companies, but if we look at stock prices of leading public technology companies in the last two economic downturns, stocks dropped on average by 37%. As public valuations decline, downward pressure on private valuations ensues, and overall value of annual M&A transactions decreases. When analyzing overall M&A performance after recessions, we can see that M&A value decreased from $1,965M to $520.54 between 2000 and 2002, and the number of M&As decreased from 14,114 to 8,571 during the same period after the Dot-Com crash. After the Great Recession in 2008, the pattern repeats as M&A annual value decreases by $337B, and transactions drop by over 2,200 M&A deals, suggesting that we can expect similar patterns in M&A activity after the upcoming recession.

The number of IPOs (a key indicator of venture capital success) over the last 20 years hits a low peak after both the Dom Cot Crash and Great Recession, and the value of the exits drops accordingly during the same period. With a smaller exit value, startups will have increased pressure to raise on smaller round sizes if they are pursuing follow-on funding. By compiling IPO data year over year, we can see that the number of IPOs after 2000 drops from 445 to 88, and dollar value of IPOs falls from $108.1B to $41B. We again see a significant shift in 2008, as the number of IPOs falls from 193 to 27 and dollar value of IPOs falls OVER $20B. Given the data points from 2000 and 2008, and a record number of exits in 2018, we can presume there will be fewer IPOs in the market after the next predicted recession.

With fewer and smaller predicted IPOs, venture capitalists will begin to tighten their investment criteria. Funds will expect startups to become more efficient in their customer acquisition costs and shorten their sales cycles. Venture capitalists will be centered on startups that can maintain cashflow, meaning that startups dependent on high marketing costs will suffer as capital allocation tightens. Funds will also require startups to focus on utilizing low cost distribution channels, and startups dependent on manufacturing and capital goods will be expected to make larger upfront investments. Early stage businesses will need to prepare realistic contingency plans to present in pitch decks in addition to aggressive financial targets, and VCs will be focused on KPIs that drive sustainable profitability instead of excessive growth. Lastly, by focusing on driving profitability, VCs will expect that businesses can operate with a shorter beta test window for products and go to market sooner rather than later.

So, is now the time to shy away from the Venture Capital industry? Definitely not. With VC evolving into a more mature industry, smart venture capitalists have planned ahead for the recession. For the VC funds that are anticipating an economic downturn, GPs and LPs have allocated enough money to continue investing for at least three years even if capital inflow completely stops. This means that experienced venture capitalists will still be scouting for top startups through 2020. The benefit to startups raising VC money in 2020 is that they will be accepting smart capital onto their capitalization table instead of just raising empty dollars from high net worth individuals.

Betting Against the Odds:

In the past, the VCs that have achieved a 10x return in their portfolio are the funds that have bet against the odds during a recession. Investing in venture is betting on the future of the market, and smart investors will look at downturns as an opportunity to find great investments. The below companies all raised money during an economic downturn, and were all able to return 10x for early investors, far exceeding the average IRR for a fund. As such, venture capitalists are financially incentivized to look even more closely for top performing companies to diversify their portfolio, especially if they are able to get on the capitalization table at a good valuation. Lastly, if investors remain active in venture capital during a recession, they have the ability to help new investments hire top talent during a floundering job market, allowing funds to play a role in the trajectory of their portfolio companies as well.

In the upcoming recession, VCs and founders can expect smaller round sizes, fewer and smaller IPOs, and lower valuations. However, these predictions should not prevent startups from raising money during a recession. The smart (and lucky) venture capitalists will continue investing over the next 3 years, and the big winners will follow Ben Graham’s timeless investment principle: “Expect volatility, and profit from it.”