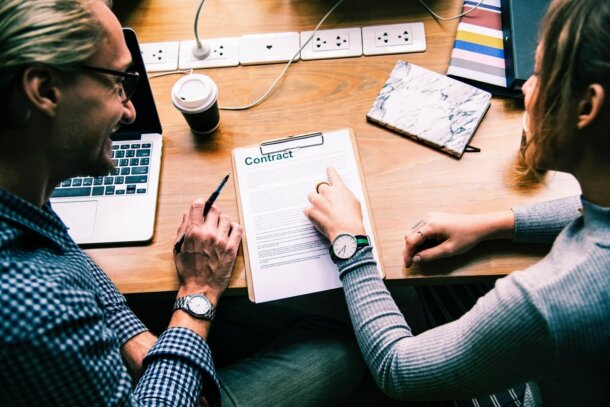 Sales negotiation, or really anything, for the first time can sometimes be so daunting that founders don’t even bother to engage in a negotiation at all, even when it may be beneficial. Even worse, inexperienced negotiators may start a sales negotiation by proactively giving up big concessions on a deal when it’s not even necessary, out of lack of confidence. At Bowery Capital, we’ve worked with a lot of founders with no previous sales background over the past few years to get them comfortable with negotiating at all steps of a deal or relationship. So what are some initial tips we have to offer for easing into negotiation?

1. Understand The Basics Of Negotiation, And Then Practice Them In Low-stakes Scenarios Outside Of Work. Let’s talk about one of the most basic frameworks and psychological ideas you can start with: the principle of reciprocity in sales and give-get negotiation. Despite being extremely basic, this is one of the most overlooked techniques in sales negotiation. How often do we ask for things from others and fail to genuinely think of what value we can provide to our counter party in the short term? To cold email someone and ask for a conversation simply because you’re interested in connecting or showing them your product, which may help them three to six months down the line, is not enough of a value exchange. This is where reciprocity and the idea of “give-get” comes into play to encourage deals or relationships to progress in small steps, rather than from 0 to 60 MPH all at once. Your first (and continual) thought should be, “what can I proactively give someone that’s of value, and what do I want to ask for (get) in return that’s of near-equal value right now?” Make a list of all your gives throughout a sales cycle or relationship, and the gets you want in return at those steps. One reason this works is that humans naturally feel the need to reciprocate favors (especially proactive ones), resolve debts, and help those who have helped them. Examples:

– Content Marketing in SaaS: “We’re happy to give you this valuable benchmarking report we took the time to put together from 100+ of your peers, if you can provide us with your contact info and permission to reach out in the future”. Maybe not that exact phrasing, but you’ve seen this!

– Boutique Clothing Shops: “Would you be open to giving me a 25% discount if I buy three suits from you, instead of two?” This is a great low-stakes way to try out your new skills. The worst case scenario is that they say, “Sorry we can’t do that.” The likely scenario is that they say “We can’t quite go that far, but if you purchase three suits today, I can do 20% off.” (Yes, they just “give-getted” you back because most retail associates have the authority to do this if they’re on commission. Whoa.)

– Kids: “Sarah, I’ll give you this ice cream if you promise to go to bed by 9 tonight. Do we have a deal?”…three hours later: “Sarah, you said you’d go to bed if I gave you that ice cream, and now you won’t. If you want ice cream in the future, I can’t give it to you if you don’t hold up your end of the bargain and go to bed when we agreed together that you would!” (I don’t have kids. Maybe you lose many times here anyway, but at least you’re teaching your kids the logic of give-get and reciprocity negotiation early!)

2. Address The Common Fallacies And Fears Of Negotiation. Recognize Your Own Friction Points Here. Practice Overcoming Them. Here are some common fallacies and reasons we believe they’re wrong:

– Fallacy: Sales negotiation is an act primarily undertaken during the closing steps of a deal.
– Truth: With point #1 above in mind, negotiation starts when a relationship starts between two entities, people, companies, etc. with separate needs. Therefore you need to start “negotiating” when the stakes are lower early on, and perhaps let the otherside win first by providing proactive and genuine value as you build trust. Have a “close” in mind at each step. More to come on that in a moment.

– Fallacy: Mean and aggressive people are better negotiators.
– Truth: You don’t have to necessarily be mean when you negotiate, but you do need “emotional intelligence.” Every negotiation situation is different, but one thing is the same: it’s critical to think about the party on the other side of the table and what they truly want. Often times, mirroring your counterparty’s language or concern shows you’re actively listening to them, creates empathy, and opens you up to a place where you can negotiate with reason and logic, built off your foundation of trust, rather than reckless emotion and aggressiveness.

– Fallacy: The most powerful sales negotiation lever a seller has is to discount a deal.
– Truth: This is actually probably the most expensive, not powerful, lever you have. You may be able to provide a “customization” within the offer worth far less to you and far more to the customer than the dollars you would have otherwise discounted by. Example: “If you can commit to signing on for two years at full price, I’ll let you trial XYZ module for the first three months to de-risk your consideration in adding it later in the year.” With this setup, you’ve maintained full price of the product on a longer contract, you’ve likely reduced your cost of acquisition and sped up the timeline for the upsell, and you’ve given yourself a solid chance to increase revenue from your baseline pricing at renewal, rather than fighting to make up for a discount. Your customer may very well be happier with this flexibility on your part too, especially if XYZ helps them achieve their goals sooner. This is a cheaper concession to offer with a higher impact result.

There are many more fallacies we could address, but these are some of the most common that people are afraid of when they are negotiating for the first time.

3. Always Have A “Close” In Mind Ahead Of Every Critical Step In Your Sales Process. This Is Your North Star. One of the biggest challenges with sales negotiation and closing is that we sometimes get lost in certain conversations, sales steps, or relationships, and lose sight of what it was that we wanted in the first place. We also lose sight of what we need right now versus what we ultimately want to get to, which is a closed deal that both sides are happy about. The keys to resolving this are a) breaking your process up into steps, b) having a “close” for each of those steps, and c) maybe even writing down how you’re going to ask for what you want, in order to close that step and advance. Here’s a basic sales funnel, with closing steps, and phrasing. This is helpful to build early on, even if you’re not fully confident that these are the right steps.

Finally, a sales ops pro tip is to design your CRM with mandatory fields so that you can’t advance a deal to the next stage until you’ve filled in the necessary information to close each step. Example: You need to fill in the date the customer has agreed to start the trial and schedule a wrap up call, before advancing the deal to trial stage.

4. Read Books On Negotiating! Here are some of our favorite books we’ve learned from:

– Influence by Robert Cialdini – Cialdini is a psychologist who explains the six key principles of influence (reciprocity, commitment and consistency, social proof, authority, likeability, scarcity) and how we’re hardwired to react to them.

– Getting More by Stuart Diamond – Diamond, a former professor of negotiation at Wharton, centers his book around emotional intelligence (spoiler alert: you don’t have to be a jerk to negotiate well).

– Never Split the Difference by Chris Voss – Voss is a former FBI hostage negotiator who, as the title says it, could never afford to lose in his negotiations (especially when lives were on the line!).

– How to Win Friends & Influence People by Dale Carnegie – despite being published in the 1930s, this book proves that while the products we sell or buy have changed drastically over the years, the underlying ways in which people come to agreements, friendships, and more has not.

– There are many more beyond these classics too, but these are a good start!

Preparation leads to confidence, and confidence leads to success in the case of negotiation. We’re hopeful that our tips prepare you to confidently negotiate everything from getting your kids to go to sleep, to that next big deal (and you may need to balance both as a founder, we understand that too!)