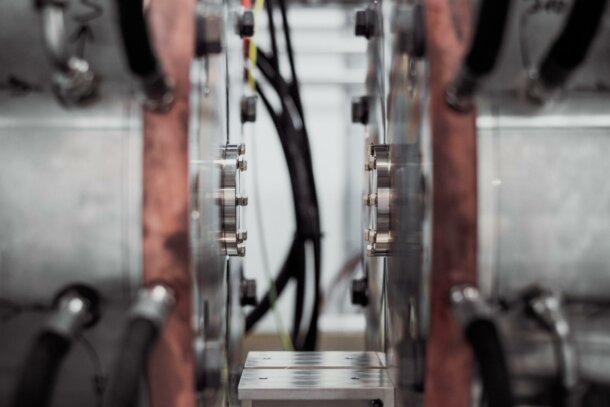 Accounting for almost 12% of the United States’ GDP and 9% of the workforce, there is no denying that the manufacturing industry is massive – $2.18 trillion to be precise. Additionally, a recent Forrester report projects the sector’s budget for technology will increase to 2% of revenue in 2017, thus putting overall spend at more than $40 billion for the year. Given the undeniable influence the industry holds over the economy as whole, we’ve decided to take a look at the top 5 ways technology will change the manufacturing sector over the next few years.

3D printing, also known as additive manufacturing, is defined by ASTM International as “an additive technique that uses a device to create physical objects from digital models.” Previously considered only a niche market due to technology constraints, new developments in hardware and software are pushing 3D printing into the mainstream. Gartner projects that by 2020, 10% of industrial operations will incorporate 3D printing into their manufacturing processes, 75% of manufacturing operations worldwide will be using 3D printed tools or objects in some form, and total spending related to 3D printing will grow 66.5% CAGR to reach $17+ billion.

Why is this technology so impactful? By providing the ability to print customizable, physical objects on the spot, companies will produce parts and products closer to the location of purchase, severely reducing the cost of shipping and a need for extra inventory. This decentralization of production could mean the end of low-cost manufacturing labor advantages, altering international supply chains and the global economy.

The manufacturing sector has already invested heavily in the Internet of Things and those numbers will continue to grow at a fast pace. BI Intelligence suggests the number of IoT manufacturing devices will jump from 237 million installed in 2015 to more than 900 million installed by 2020. In dollar terms, that’s an approximation of $70 billion in spending on IoT.

Why is the industry so excited? The bottom line is the technology will change the manufacturing sector by making it smarter. Through connected IoT devices, manufacturers will be able to collect massive amounts of data that can be be analyzed (discussed more below), insights can be extracted, and improvements can be made by pushing actions out through the IoT ecosystem. That sounded pretty vague so let’s run through an example: predictive maintenance. Whereas preventative maintenance – which is widespread today – relies on scheduled checkups of machinery based on a specific time period (ie. every x number of days), predictive maintenance relies on real-time data captured and transmitted by IoT devices to determine the exact moment when maintenance should occur. This can result in major cost reductions because a) unnecessary maintenance is costly, and b) failing to provide maintenance when necessary is also costly. By understanding the real-time performance of a machine and whether it’s within certain acceptable limits, IoT ensures that measures are taken when needed – no more and no less. This is just one of many examples of how IoT technology will change the manufacturing sector.

We’ve already covered the troves of data now being captured and transmitted through connected IoT devices. But to continue with our previous example, how can companies analyze this large amount of data and turn it into meaningful insights for workers?

This is just one example of how machine learning technology will change the manufacturing sector. Other applications may include price optimization, demand forecasting, increased production yield, improved quality, and more.

When dealing with thousands of connected devices, sending large amounts of data to a centralized infrastructure (which is prevalent in today’s world) can be both costly and time-consuming.

In the manufacturing world, real-time analysis can make the difference in preventing a breakdown in production, and thus a major headache and loss of revenue. Edge computing allows the necessary analysis to take place through data processing power at the edge of the network, closer to where the data is collected – as opposed to undertaking the time and costs needed to transfer the data to a central warehouse – so that insights can be generated faster and the resulting actions can be taken in time to achieve the necessary goal.

Finally, we come to robotics, which has already made its mark and will only continue to grow in size. Between 2000 and 2010, there was a loss of over 5.5 million manufacturing jobs in the US; 85% of those were due to automation – mostly, robots. Despite this loss of jobs, the manufacturing sector is producing more real value than ever before and at lower costs. It’s no wonder then that according to a recent PwC survey, almost 60% of manufacturers are already employing this technology in some way.

Whereas previously robots were used mostly in isolated circumstances and for complex projects, developments in technology have allowed them to become more independent, smart, and cooperative. It’s not hard to see a near future where connected robots communicate with each other and smartly adapt their actions together as needed to whatever the circumstances call for, leading to even higher efficiencies and cost gains.