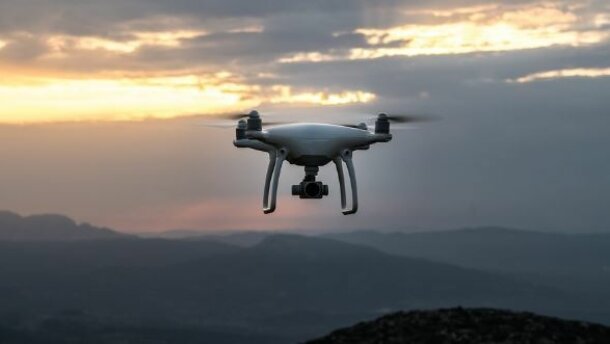 We at Bowery Capital released the 2016 edition of Opportunities In Vertical Software in November, which laid out our point of view on ten specific verticals and the potential for various software solutions to dominate each of these ten verticals in the coming years. For ten weeks, we have been releasing content focused around the impact of software on these ten industries. We covered the Logistics Vertical last week, and have also covered the Agriculture, Manufacturing, Healthcare, Education, Legal , Restaurant, Insurance, and Construction verticals in weeks prior. For our 10th week we released a Drone Software Deep Dive; this Drone Software Deep Dive post is intended to provide an analysis of Drone market themes, players, & investors.

(1) Companies increase focus on improving their image and video resolution – Consumers are desire better image and video resolution. This holds true for commercial drones as well as consumer drone buyers. Companies like DJI and Yuneec offer integrated 4K video recording cameras and HD video monitoring for as little as $1,200, with the price continuing to drop as cameras continue increasing in efficiency and performance. This trend is being driven by the consumer, given wide adoption of consumer technology such as 4K televisions, HD tablets, and smartphones with higher and higher resolution, the expectation is that drones will deliver an equal or superior experience. This market shift is moving far quicker than the larger drone manufacturers and legacy players ability to adjust, allowing for the entry of new startups.

(2) The shift to mobile access will need to be met by drone manufacturers – A major driver in the industry momentarily is mobile access. From the consumer standpoint we have seen a shift to mobile from traditional PC’s and TV’s. On the enterprise side, businesses are conducting their processes and transactions more on mobile now then ever before. That being said drone manufacturers and software providers will need to start shifting their application development from desktop to mobile access to stay competitive.

(3) Competition will be on the rise with enactment of FAA rules (part 107) – With the passing of this rule all it takes is a few hours at an accredited FAA test center to pass the Part 107 exam and qualify for a commercial “Remote Pilot Airman Certificate.” This will result in many more companies adopting use of drones for commercial purposes. With a widening market opportunity, it is expected that several new entrants will look to create industry / functional specific use cases.

There are many companies that are starting to break into the Drone software industry as drones start to become more popular for consumer and commercial use. Most of the companies operating in this sector right now are hardware and manufacturing companies; one of the most popular software players in the space this year is Drone Deploy. Drone Deploy enables drone users to collect and analyze complex data received from the drone, such as NDVI analysis, orthomosaics, terrain models, and much more. Other major companies in this space include Airware, Kespry, and Precision Hawk. A few major public companies include GoPro and InvenSense.

We’ve seen emerging software players in the drone software industry gain momentum as the market and demand continues to grow. To highlight one that is covered in the Vertical Software Report, there is Airware, a company that is specialized in the development of autopilot systems for UAV’s, they have also developed the most comprehensive operating system for commercial drones which is a major trend that we are starting to see today. The company offers complete enterprise drone solutions that are built on the Aerial Information  Platform, so that aerial data becomes an extension of a business’ existing data  management systems. Another is Skycatch, founded in 2013, which allows businesses to deploy flying autonomous drones with real-time HD imagery and video from the sky. A third emerging player is Botlink, a UAV control software and hardware platform providing users the capability to safely fly their drones, remain compliant, and send data over a cellular network. Another emerging player is Skyward, founded in 2013, which develops and provides enterprise grade software for fleet management through their drone operations management platform.

The Drone software industry has attracted many venture funds over the years, but the three that stand out to be the top most active investors in the space are Google Ventures, who invested in Skycatch. Qualcomm Ventures, who also invested in Skycatch as well as 3DR, and Lux Capital, which displays the most interest in this space investing in Airmap, Cape Analytics, CyPhy, Drone Racing League (DRL), Hangar Technology, and Saildrone.

Thank you for reading our analysis on Drone Market Themes, Players, & Investors. Make sure to check out the 2016 edition of Opportunities In Vertical Software for the full report and be sure to check out our prior posts on the Logistics, Agriculture, Manufacturing, Healthcare, Education, Legal , Restaurant, Insurance, and Construction verticals.