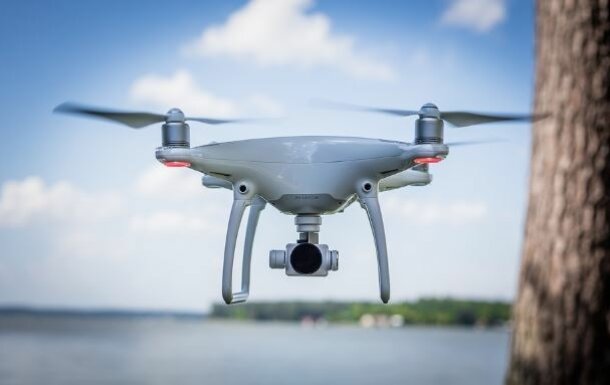 We at Bowery Capital released the 2016 edition of Opportunities In Vertical Software in November, which laid out our point of view on ten specific verticals and the potential for various software solutions to dominate each of these ten verticals in the coming years. For ten weeks, we are releasing content focused around the impact of software on these ten industries. We covered the Logistics vertical last week. For our tenth and final week, we feature the Drone vertical. Our first post discusses Drone software and in particular the market history and dynamics of software on the vertical.

Drones have become more and more popular, but originated back in 1849 when Austria attacked Venice with unnamed balloons that were loaded with explosives. While these early drones do not generally meet today’s definition of a UAV (Unmanned Aerial Vehicle), the concept was strong enough that once the winged aircraft had been invented, the concept was brought back to life. The technology and software that have been monitoring these machines was originally developed for defense and military purposes and is now being adapted for commercial and personal use as well. We saw a breakthrough in technology and software in this space in the 1990’s when General Atomics (Aeronautical division) came out with the first Predator unmanned aerial vehicle for the military. General Atomics was founded in 1955 and is a defense contractor specializing in nuclear physics. General Atomics’ research on related technologies has set them up with the ability to develop systems ranging from nuclear fuel cycles to remote operated surveillance aircrafts, airborne sensors, and advanced laser technologies. They received a contract from the Pentagon to develop an advanced concept unmanned aerial vehicle and completed it within 6 months. Since then, the company has received numerous contracts from the Army and Navy to develop updated and more advanced UAV systems for military use. Another early provider of software for UAV’s was Plex Systems, a software company initially founded in 1995 to develop cloud ERP software for manufacturing. Plex’s manufacturing cloud for Aerospace and Defense, delivers a secure, reliable and flexible solution for agile multi-mode production and lean supply chain operations. Founded more recently in 2011 is Airware, a software company creating the industry’s most comprehensive operating system for commercial drones. Airware also offers complete enterprise drone solutions that are built on Airware’s Aerial Information Platform. UAV and drone software is constantly facing innovation which is a key driver as to why the market continues to grow exponentially year after year. Many new and emerging companies are now developing differentiated software solutions as the market continues to grow. Some of the newer Drone and UAV software companies include, SimScale, DroneDeploy, and Skydio. As companies and businesses start to use drones for commercial purposes we will start to see many more software companies enter this space to ensure that commercial drones are a success.

Opportunities in the Drone software space look promising in the upcoming years. Drone software is an emerging industry, transitioning from hobbyists to businesses. In the private sector, while agriculture and forestry are early adopters of drones, many more businesses are starting to use drones for monitoring, especially enterprise asset management (EAM) and facilities/infrastructure management. The global market for commercial applications of drone technology according to PwC is currently estimated at about $2B and predicted to grow to $127B by 2020. The emerging interest in drone technology within the commercial sector provides a great opportunity for drone software founders. According to Teal Group analysts, UAV and drone spending will triple over the next decade. Companies will willingly spend money on ensuring their UAV’s work properly and don’t malfunction since these UAV’s will be responsible for the company’s everyday tasks. Being a relatively new market, M&A activity has been relatively low. That being said, funding flowing into drone startups in 2014 was upwards of $100MM and in 2015 grew to more than $450MM. This can be viewed as a positive outlook as new companies begin to form and as drones start to become even more commercialized to drive innovation. All in, this remains a very large and open market, which is a great sign for the next generation of software founders looking to enter this space.

Make sure to check out the 2016 edition of Opportunities In Vertical Software for the full report and we will be back tomorrow with some more information on the logistics industry and the software that powers it.