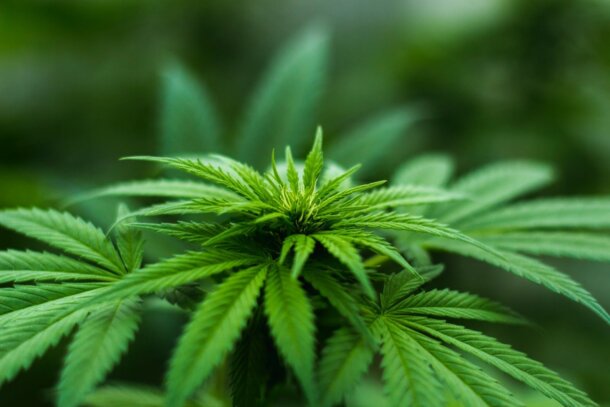 Federal Cannabis Legislation To Keep An Eye On

In April of 2017, Bowery Capital did a deep dive on cannabis software, in which we analyzed the cannabis software history, market themes, and investors. This post was a piece of a larger topic that focused on opportunities for software in different verticals. Since then there have been many changes in cannabis legislation at the state level. Vermont and Indiana legalized cannabis through state legislature. New Hampshire decriminalized it and West Virginia began to allow medical cannabis. While these state efforts are wins for cannabis advocates, it is the federal cannabis legislation that everyone should be focused on.

Recently a new bipartisan bill has been introduced to Congress that hope to alleviate the fears of cannabis buyers and sellers in legalized states. The “Strengthening the Tenth Amendment Through Entrusting States Act” (STATES Act) was introduced to Congress last week by unlikely allies, conservative Sens. Cory Gardner (R-CO) and liberal Elizabeth Warren (D-MA). The bill would allow the citizens of the states to control decisions on the uses of marijuana. Specifics of the bill and who should be keeping an eye on its progress are highlighted below.

1. The Bill Protects Transactions In States With Legalized Cannabis. The bill contains two main portions that dictate what federal officers can enforce in legalized states. First, it mandates that proceeds of any marijuana transaction conducted in compliance with state law would not be deemed the proceeds of an unlawful transaction under the Money Laundering Control Act. Second, marijuana-related conduct that is legal under state law would not serve as a basis for criminal or civil asset forfeiture. The issue with cannabis laws today is the disconnect between the federal and state laws. Until power is determined there will always be doubt about any state laws passed around legalizing cannabis. Essentially the STATES Act strips the federal government of its power to control and enforce laws around cannabis sales. Keep an eye on this federal cannabis legislation. If it passes, it would turn the cannabis legality into a states’ right.

2. The Bill Has Received Bipartisan Backing And Support From The President. In a surprising move, Senators Gardner and Warren teamed up to introduce this bill. Even more surprising was the support from President Trump for this bill. These statements are in direct contradiction to Attorney General Jeff Sessions statements at the beginning of the year in which he vowed to enforce the federal laws against cannabis. Though this bill might not make it out of the Senate, the “War on Drugs” is beginning to shift. It’s worth noting how the voting goes, as it may give us insight into future federal cannabis legislation.

3. Banks And Software Companies Should Be Heavily Following This Bill. Operators of cannabis shops in legalized states have routinely had a tough time finding banks that will work with them. Due to the federal law banning cannabis, major banks are beholden to operate under those rules. Only smaller, state and regional banks have been able to work with cannabis businesses. The STATES Act would take a major step towards reducing the concerns associated with banks working with cannabis businesses operating lawfully under state law. In addition to banks, startups focusing on the cannabis industry should be taking notice. The recent sports gambling Supreme Court ruling should be used as a prime example that regulations in a controversial industry can change at the drop of a hat. As regulations continue to shift closer to the legalization of cannabis, companies trying to take advantage of the “new frontier” will begin to pop up. Existing companies focusing on this space now need to think long and hard about how they will take advantage of being first movers. Finding network effects, creating customer lock-in, and taking advantage of scarce resources should be the main focus of companies who desire to be a leader in the space. Not taking advantage of this shift in regulation now may cost cannabis companies in the future.

Most experts expect this bill to die somewhere along its way through Congress, but the bipartisan backing and the support of the President should be extremely encouraging to those working in the cannabis vertical. Federal cannabis legislation should continue to flow in over the coming years until something concrete is passed.