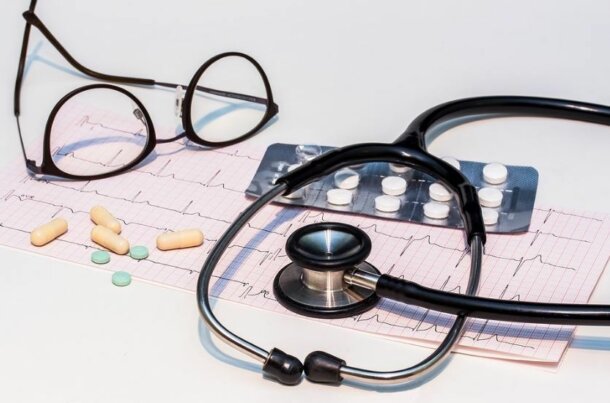 We at Bowery Capital released the 2016 edition of Opportunities In Vertical Software in November, which laid out our point of view on ten specific verticals and the potential for various software solutions to dominate each of these ten verticals in the coming years. For ten weeks, we are releasing content focused around the impact of software on these ten industries. We covered the Education vertical last week. For our sixth week, we feature the Healthcare vertical. Our first post discusses healthcare software and in particular the market history and dynamics of software on the vertical.

The healthcare technology industry really took off in the 1960s and 1970s with the enactment of Medicaid and Medicare. Honeywell and IBM, the early medical hardware providers saw an opening in the hospital data processing market. In 1966 Honeywell introduced their business and financial package for a shared hospital data-processing center, and the following year IBM introduced their Shared Hospital Accounting System. From 1968 to 1982 the development of the Problem Oriented Medical Information System (PROMIS) was worked on by Dr. Lawrence Weed. PROMIS was the first attempt at a fully integrated system that included all aspects of healthcare, its success ultimately led to the development of software by industry leaders in today’s healthcare software market. In 1979 Cerner Corporation was founded by Neal Patterson, Clifford Illig, and Paul Gorup. By 1984 Cerner rolled out their first application, PathNet which provided comprehensive information system for laboratory clinicians, and became Cerner’s primary source of revenue through the end of the decade. This allowed Cerner to establish itself as the market leader and in 1986 Patterson took Cerner public. Quality Systems, Inc. (QSI), an Electronic Medical Records software development corporation was founded by Sheldon Razin in 1974. In 1979, QSI implemented managed-care features into its systems anticipating the mainstream introduction of capitalized health plans. QSI soon became the market leader in medical practice management software, and the company went public in 1982. By 2002 QSI had a client base of 10,000 physicians, representing 6 percent of the market for practices with 50 or more doctors and 3 percent of the market for practices with 10 to 49 doctors. HBO & Company, one of the earliest leaders in the medical technology software market, incorporated in 1974. The company provided a range of computer-based information systems and services to healthcare enterprises. HBO & Co went public in 1995 and was acquired by McKesson in 1998. McKesson, which was originally a wholesaler of pharmaceuticals, went public in 1994 and shifted their focus onto medical technology. By 2005 McKesson became a market leader and had a customer base in the United States that includes 50% of all health systems, 20% of all physician practices, and 25% of home care agencies.

The outlook for opportunities in the healthcare software space in the upcoming years is promising. There has been an increasing demand in developing regions for healthcare IT. As the industries in these regions continue to shift their legacy technology to newer ones, there will be a favorable look for SaaS products. Gartner says healthcare providers in the Middle East and North Africa will spend $2.78 billion on IT products. India will also spend $1.2 billion in the same timeframe with a growth of 6% in the software market. On the negative side, funding for healthcare software has seen a decrease from $1.4B to $885MM from 2014 to 2015. The healthcare industry, as well is known to be highly regulated, which would contribute to a longer sales cycle compared to other industries. According to IDC, healthcare is the fastest growing SaaS vertical, predicting ~6% growth YoY through 2019. With the increase in spending on healthcare IT in developing nations, and as more enterprises switch from on premise technology to SaaS, there is still a very large and open market for the next wave of founders building SaaS products in this environment.

Make sure to check out the 2016 edition of Opportunities In Vertical Software for the full report and we will be back tomorrow with some more information on the Healthcare industry and the software that powers it.