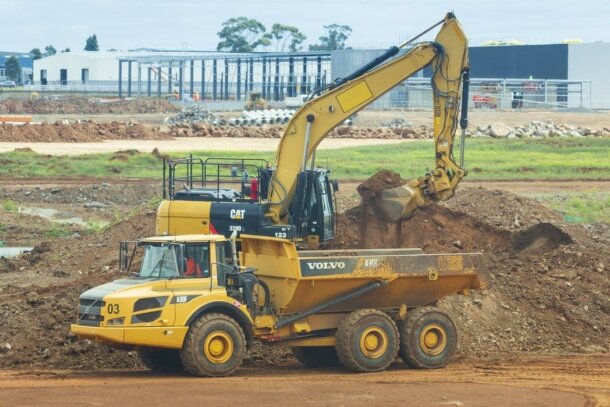 The Bowery Capital team is embarking on a ten week journey to cover B2B Marketplaces. We are doing deep dives on various companies, interviewing founders and investors, and learning what it takes to build success in the B2B Marketplace arena. Below is a part of our content series focused on learning from the prior generation of winners. This week we focus on heavy machinery marketplace IronPlanet.

Heavy-duty shippers would have never thought to leave a 100,000-pound, 30×13 foot bulldozer on a customer’s front steps. That is, until 1999, when Reza Bundy and Richard de Silva launched IronPlanet, an online marketplace for transacting heavy machinery and other durable assets. They’ve since built a database of over 1.5 million users in more than 100 countries, connecting buyers and sellers worldwide with the platform’s weekly auctions and trusted IronClad Assurance equipment inspection system.

Before launching IronPlanet, neither Bundy nor de Silva were working in the heavy equipment space. Bundy had been a research analyst at Bain Willard and The Economist Intelligence Unit, as well as a journalist for The International Herald Tribune and ABC News; while de Silva had worked as a journalist at The Washington Post and Newsweek before taking roles at Mercer Consulting, where he focused on the media industry, and Scientific Atlanta, where he was a product manager. During the internet boom of the late 1990’s, Bundy and de Silva saw the success of online auction giant eBay but realized that its focus on consumer goods, with an average sale price of only $45, had left the $100 billion market for used capital goods largely untapped.

The issue both men faced was figuring out how to convince customers to pay upwards of $500,000 for a product that they couldn’t view or test prior to purchase. The solution they arrived at was to collaborate with reputable third-party inspectors that could provide assurances around quality to prospective heavy equipment purchasers. By relying on third-party inspections, IronPlanet was able to establish trust between buyers and sellers, and the platform quickly became the third-largest heavy equipment auction house behind Ritchie Bros. Auctioneers and Alex Lyon & Son. As an independent company, IronPlanet grew to over 500 employees and raised approximately $150 million in equity funding from a range of investors including Accel Partners, Kleiner Perkins, Caterpillar, JP Morgan Chase, and Volvo. And as the marketplace grew, it also acquired a number of complementary businesses including Asset Appraisal Services (2013), Cat Auction Services (2014), and Kruse Energy & Equipment Auctioneers (2014).

By its 2015 Series D fundraise, IronPlanet was transacting $787 million in GMV on its platform and this figure was growing 25% annually. This momentum was generated in large part by a collaboration between IronPlanet and Caterpillar (and Caterpillar’s network of affiliate dealerships), as well as a focus by IronPlanet on bringing on larger accounts and government buyers. In August 2016, IronPlanet announced it would be acquired by Ritchie Bros. – the world’s largest heavy equipment auctioneer and IronPlanet’s most formidable competitor – for a total consideration of roughly $775 million.

While Ritchie Bros. does not break out IronPlanet’s current revenues, IronPlanet reported $950 million in annual GMV as of mid-2016 and was booking revenues in excess of $100 million. While more mature companies can at times become stale, IronPlanet has continued to accelerate sales growth since its acquisition, a trend attributable to its investments in new business segments, as well as its adoption of machine learning and other advanced technologies not traditionally associated with the heavy equipment market. These same IronPlanet technologies have helped to modernize Ritchie Bros.’ business and the combined entity reported revenues in excess of $1.3 billion during 2019.