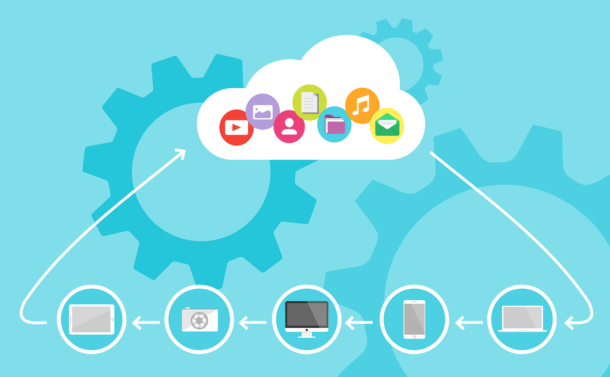 The SaaS market is heavily impacted by shifts in corporate IT spending and spending area prioritization. Top CIO’s are highly informed regarding these shifts, often driving them and forecasting broad changes. Through February and March of 2018, Morgan Stanley’s 100 Top CIOs Survey conducted through AlphaWise surveyed 100 top CIO’s, at 75 American and 25 European companies, on average generating $1B or more in revenue. The survey aimed to identify shifting spending priorities, changes in IT budgets, and key factors influencing changes. Here we summarize four key takeaways analyzing the survey’s fundamental finding of increased cloud spend prioritization.

1. The Increase in Company IT Budget Growth is Driven by Greater Cloud Adoption. IT Budgets are to increase 5.4% in 2018, up from 5.2% in 2017, with the growth driven by increased cloud adoption. The percentage of applications running their workload on the cloud is predicted to rise from 20% in 2017 to 25% by 2018. Based on this trajectory, 44% of applications will have workloads running on the cloud by 2021, with the transition to cloud fueling increasing IT spend growth for the multiyear period.

2. Increasing Cybersecurity Concerns Drive Cloud Computing and Security Software Spend. The two top CIO spending priorities are cloud computing and security software based on responses from participants in Morgan Stanley’s 100 Top CIOs Survey. Recently, it has become increasingly difficult for companies to protect their own on-premise environments because of the increased rate of cyberattacks and increased reliance on Internet. In response, companies are not only increasing security software spend, but also moving to the cloud for security because large cloud vendors are better defended against large-scale cyber-attacks.

3. Companies are Adopting a Hybrid IT Model, Sustaining a Combination of Data Center Use and Movement to Cloud. Although companies are migrating a greater share of their workloads to the cloud, participants in Morgan Stanley’s 100 Top CIOs Survey indicated that companies aren’t abandoning on-premise computing. Instead, companies are moving a hybrid model which supports application movement between the cloud and internal data centers. This hybrid model is effective in integrating industrial innovation with advancements in Internet of Things (IoT) and Artificial Intelligence. This model may drive increased demand for IT Hardware spend.

4. Growth in Cloud Spend is Resilient to Both Tax Policy and Economic Outlooks. Cloud software is identified as the least vulnerable IT spending area in the event of economic recession. Further, the study found that “among the CIO’s interviewed 59% said they do not expect changes in tax rates to impact their 2018 IT spending plans. The studies confirm the superior stability of cloud software, one of the most stable spending areas within the relatively stable IT spend area. Evidently, cloud adoption is not only rapid, but highly resistant to external changes, making cloud-driven and supporting applications highly promising based on the findings of Morgan Stanley’s 100 Top CIOs Survey.

If you liked “Morgan Stanley’s 100 Top CIOs Survey: Takeaways in Cloud Prioritization” and want to read more content from the Bowery Capital Team, check out other relevant posts from the Bowery Capital Blog. To read Morgan Stanley’s initial reporting focused on Hardware Spend based on their 100 Top CIOs Survey visit their article.