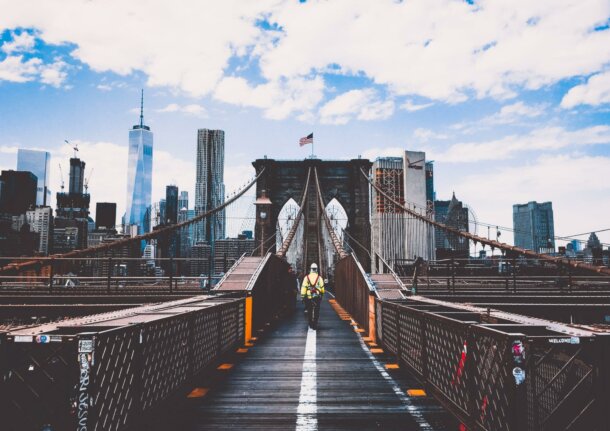 Growth Of The NYC SaaS Ecosystem

Over the last decade, Software-as-a-Service companies have been rapidly expanding in the NYC market. In both investment volume and number of rounds, NYC has surpassed all other geographies (including the bay area) in percentage growth of new nationwide SaaS deals. At Bowery Capital, our primary investment focus is on seed-stage, B2B SaaS startups. Given our position in the industry, I thought it would make sense to release a high-level overview the NYC SaaS ecosystem. The overview includes major developments, B2B success stories, and what the future of the NYC SaaS ecosystem may look like.

The $1.1B IPO of Salesforce in June of 2004 is regarded as having brought SaaS into existence as a household term. It was quickly followed by the public offerings of RightNow less than two months later. These companies were both CA-based, and as such the Bay Area is generally assumed to be the national center for SaaS startups. Since 2004, however, NYC has begun to challenge that assumption. Compared to the Bay Area, NYC now has a higher concentration of SaaS companies as a percentage of the total ecosystem; a number that is growing year-over-year. Additionally, New York has significantly surpassed the Bay Area in new SaaS deal growth, now representing more than 50% of the total deal volume of the West Coast’s SaaS epicenter. (specifics on this data in a great study can be found here)

There have been several major New York-born B2B SaaS public offerings since 2014.

If we include Medidata (2009) and Intralinks (2010) prior to 2014 there are roughly five majors. In addition, in just the last few years there have also been several notable acquisitions including companies like Flatiron Health ($1.9B), MOAT ($850MM+), BuddyMedia ($700MM+) and X+1 ($230MM). Currently, the broader IPO market is experiencing a slowdown that can be attributed to macroeconomic factors such as looming rate increases, British exit from the Euro-Zone, and the 2016 election. SaaS has not been immune to this trend and has consequently cooled off slightly. When macroeconomic conditions improve, however, there is a strong list of contenders with the potential to add to the NYC B2B SaaS IPO list. For example, DigitalOcean has raised over $305MM and has an annualized run rate of $175MM. Also based in New York is Zeta Global, which has received $380M in funding and sits at a $1.3B valuation. Lastly, New York-based Sprinklr has raised over $228MM and is valued at $1.8B.

Looking to the future of B2B SaaS, an interesting consideration to be gleaned from the IPO of Medidata is the opportunity for Vertical SaaS in the context of NYC. New York has one of the largest concentrations of industry professionals in any US market. Hosting a SaaS startup in NYC could offer massive advantages when it comes to attracting early customers from specific industry verticals. With much of the focus now shifting away from horizontal B2B SaaS plays like Salesforce, the idea of fertile ground for the proliferation of vertical SaaS gives NYC unique positioning to continue cultivating a market leading SaaS ecosystem.

12 years after the dawn of SaaS, it seems appropriate to say that New York has emerged as a prominent hub for software startups. With high-growth, numerous past successes, and many potential IPOs in the pipeline, we look forward to evolving alongside this blossoming ecosystem.