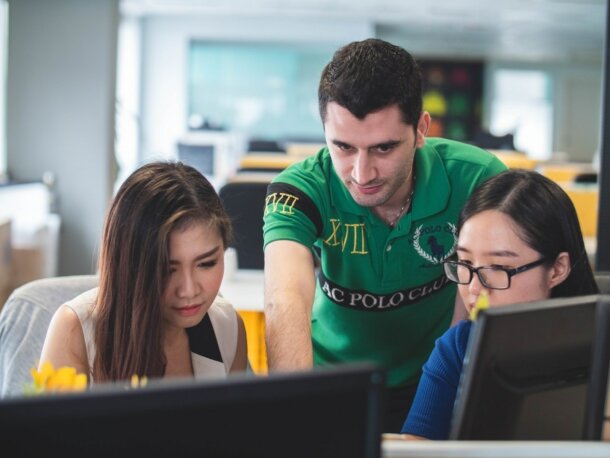 Take a Look at Electron for Your Next Application

There are several advantages for an early-stage B2B SaaS company to build its desktop application with Electron, largely centered around its cross-platform functionality.

1. Lean, mean product development team. Electron allows for a more streamlined and lean product team. There is no need to maintain 2-3 code bases across 2-3 operating systems. This aspect is particularly important for smaller, early-stage startups as they scrape together funding and bootstrap as many resources as possible. The last thing a startup needs is an oversized and bloated development team.

2. Single product development. Product team fragmentation is a serious issue that can plague startups if engineers are pulled in too many directions at once. Given that early-stage product teams are quite lean (with co-founders frequently coding themselves), building and testing separate frameworks can be strenuous and divisive. Electron can help focus development team efforts and facilitates more cohesive communication within engineering teams with uniform design language.

3. Electron opens up a world of potential customers. Total addressable market size for young startups can be fragmented due to customer preference for a uniform operating system. If necessary, Electron offers the option to build a webpage application with similar functionality to a desktop application. With a non-OS restricted desktop application, startups can ramp up revenue more smoothly and consistently.

Of course, everything is not all sunshine and rainbows. There are a couple of glaring disadvantages when you take a look at Electron to build your next world-changing application.

1. Not “battle-tested”. Given its relative youth, Electron is viewed upon as the new kid on the block. While this in and of itself is not necessarily a negative, it is not generally considered truly “battle-tested” by many engineers and funds. It has had several critical flaws in the last few years that have earned it several detractors. Simply put, it has not had the time to gain the confidence and trust that other frameworks have.

2. Potentially bloated applications. What is more of an issue, however, is that every Electron application must run a full instance of Chromium every time it is accessed. This can result in a bloated application with more taxing system requirements than other competitors. The majority of corporations tend not to run the latest and greatest pieces of hardware, which can result in lag issues for an end user. While this may be less of an issue as Electron’s optimization continues to improve, it is, nonetheless, a rather glaring current downside to Electron.

Despite its drawbacks, Electron is a serious development framework that early-stage B2B SaaS startups should be looking closely at. Particularly when funds are low and runway is short, founders should take a look at Electron as a potential method to streamline product and increase total addressable market size. Given the benefits of building an application in Electron, Bowery should certainly focus more closely on Electron-based applications moving forward as well.