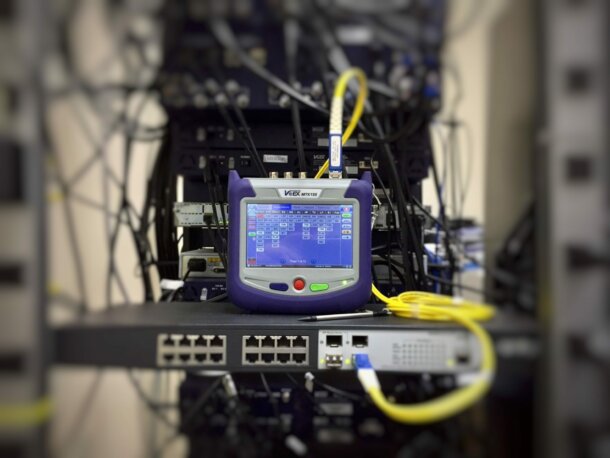 Unraveling Of Net Neutrality: The Impact On Innovation

You’ve probably heard the term on NPR or read about it on Twitter: net neutrality, the principle that internet services providers (think: Verizon, Comcast, AT&T), or ISPs, should treat access to all content and applications the same despite owner or user. Well, last week marked the official unraveling of net neutrality, so we wanted to dive into how it may impact our world.

The beginnings of regulated net neutrality go all the way back to the beginning of the decade. In 2010, the FCC under the Obama Administration first issued an “Open Internet Order,” under which it formalized three generally accepted internet norms: transparency, no blocking, and no unreasonable discrimination. Over the next few years, the organization continued to solidify net neutrality regulations and open up the internet further.

While most of the world followed suit to regulate their own domestic internet frameworks, countries where net neutrality was not established evidenced concerning instances when ISPs:

1. Offered data packages with select apps and websites that users could browse without affecting their usage, ultimately deciding how web traffic flows and forcing users to have multiple data plans;

2. Restricted specific functionality or entire apps altogether such as WhatsApp, particularly when they compete directly with a telecom’s voice division;

The shift in perspective towards net neutrality commenced with the appointment of Ajit Pai, previously a Verizon lawyer, as the FCC commissioner by the Trump administration. Ironically, Pai wants to make the internet great again by defending it from regulations that in his view inhibit free market economy. Completely dismissing actual instances where ISPs have overstepped undefined bounds, Pai moved to repeal the regulation, arguing that it would lead to greater overall access to and innovation in broadband.

Despite polls suggesting that the majority of Americans do not approve of the FCC’s repeal of net neutrality, the FCC reversed existing regulations in a 3-2 vote in late 2017. And this past week marks the first time these new rules went into effect.

Ultimately, the unraveling of net neutrality may have repercussions on startups and SMBs alike:

1. Continued Consolidation Of Telecom And Media. Over the past few years, we’ve already seen behemoth mergers and acquisitions within these industries. Comcast acquired NBCUniversal; T-Mobile and Sprint plan to merge; AT&T’s merger with Time Warner got approved; Comcast and Disney both entered bids to acquire 21st Century Fox. With the unraveling of net neutrality, these companies can then push their own content versus a competitor’s or even that of a third-party media company, giving them new synergies and ways of outmaneuvering competition. For example, AT&T could allow only its own users to have access to HBO. Given this, we may see even more transactions and/or partnerships inked with the remaining media conglomerates: Viacom, CBS, etc. Another possibility is a move into the telecom space by big tech giants, who have the most to lose from the unraveling of net neutrality since they produce content and/or devices on which it is consumed.

2. Lower Innovation In Communication. The last decade has seen tremendous disruption in the way we interact with one another. To circumvent expensive voice fees, especially as global communication increases, various startups created apps that relied on a single premise: the internet is a relatively cheap or flat fee medium to use in an unlimited manner for communication. While we’ve seen the advent and commercialization of WhatsApp, Skype, Viber, Slack, Line, WeChat, GroupMe, FaceTime, iMessage, and several others based on this principle, consumers may switch back to voice technologies instead of relying on data-based ones and entrepreneurs may be less incentivized to innovate within wireless communications.

While there is hope that the unraveling of net neutrality will drive investment into broadband technologies and telecom in general, our hypothesis is these dollars will likely flow from capital previously invested in data-based communication.

3. Shifts In Technological Infrastructure. Businesses too have been reliant on the same principle of uninhibited access to the internet, because of which, they willingly moved from using their own local servers in favor of cloud computing. With the unraveling of net neutrality and this assumptive principle in question, businesses may have to rethink these basic decisions. While large companies should remain unaffected, given their clout with vendors of such services, small and medium enterprises may experience issues with access. In the long-term, these SMBs may consider reverting back to hosting on their own local servers, particularly since costs between the two options are fairly similar when utilization is static.

4. New Methods For Customer Acquisition. With the unraveling of net neutrality, we may experience packaging within internet services as we have within cable. This way, users who primarily use the internet for social media or news or gaming may choose specific categories to pay for rather than paying for everything, and get uninhibited access to sites within that package. This fragmentation of service has already been seen in other countries where net neutrality does not exist.

In such a case, businesses – particularly SMBs or those in the growth stage – may be able to add or retain customers by paying telecom companies fees to be included in a particular category’s package than by online advertising.

No matter what happens, perhaps the greatest impact net neutrality will have on businesses is by adding uncertainty to the environment in which they operate. Is the unraveling of net neutrality here to stay? Or will we see it become a regulation again with the next change in administration? If businesses knew one way or another, they could pivot and adapt, but not knowing whether they should or doing so multiple times in a span of a few year may cost them the most.