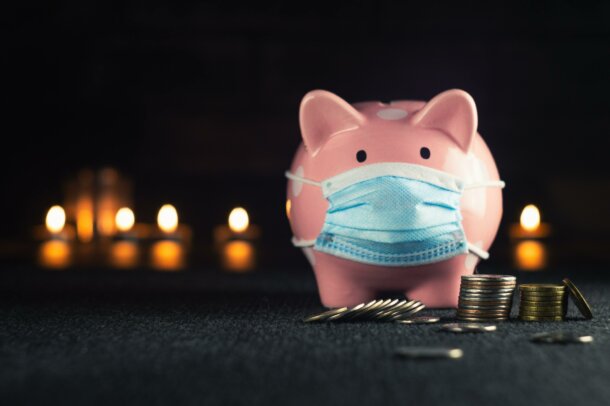 The usage-based pricing model (also known as consumption-based pricing) is growing in popularity across technology sectors for its noted advantages over traditional pricing models. According to the 2021 KBCM SaaS Survey, usage based pricing is the second most popular pricing strategy (25% of respondents), behind pricing based on seats (41% of respondents). The increased popularity of this model is directly linked to the propagation in technologies that enable companies to successfully charge based on the actions taken inside of their applications. More companies are launching with the mission of helping track usage accurately in order to make sure that this pricing model is as effective as possible. Software market participants are still exploring the effectiveness of utilizing the usage-based pricing model, but there are indications that this model will be sticky, especially following the path of some successful publicly traded companies (Snowflake, MongoDB, Twilio, and others).

The drawbacks of usage-based pricing are largely burdened on the service provider. Most drawbacks boil down to the fact that customers need to pay for every action, so some will only use the product when absolutely necessary, because of this monetary disincentive to use the product more frequently:

There are also unintended drawbacks to utilizing a consumption-based method. Users who instead pay for long-term licenses for products are susceptible to the sunk-cost fallacy and will use a product because they’ve already paid for it. While usage-based businesses may have a lower customer churn rate, they may have lower dollar retention rates as well.

The gray area of a contract size, while a difficulty for the service provider, can also be a drawback for the purchaser. It can be hard to purchase a software tool and not be able to forecast how that looks in the budget, especially for growing companies who may need to increase headcount and usage drastically. Not knowing whether a contract is $100k or $500k for a service can make it difficult to buy in, and growing companies may look to a stable, predictable SaaS fee that they can build into the budget.

Usage-based strategies have been used in other industries long before B2B. Law firms, for example, charge based on billable hours. We may be able to glean best practices from studying when and how firms in other markets utilize consumption-based pricing.

One noticeable aspect of these other industries is that they all employ usage-based revenue models in conjunction with or on-top of another pricing model. Auto Insurers charge a base rate, then discount or increase prices based on activities, innovative wealth managers have additional revenue streams on top of commissions, and EdTech companies often have additional features that can be accessed with a premium subscription.

Many of the SaaS companies that deploy usage-based pricing do so based on easily quantifiable metrics (amount of storage, clicks, data processed, deliverables, etc.). Some platforms charge fees per seat and then usage for additional support. Internet advertising companies charge for display advertising. Telecom companies, while offering prepaid plans, have plans that allow customers to pay based on usage.

Publicly traded companies that utilize usage-based pricing (as of EOD May 9, 2022):

Technology around this pricing strategy is still being developed. We expect to see more players enter the market.

In February 2022, Metronome raised a $30 million Series A. Metronome is a billing and data infrastructure platform that can process data at scale so that companies that are usage-based could iterate on business models without code changes. Metronome’s customers include Cockroach Labs and Starburst. We expect to see more innovation in the space, including from existing billing solutions. Recurly, which has been around since 2009, created a usage-based billing product in 2021 for their clients to charge based on the amount of data, products, or services being used.

The trickiest part about usage based pricing for B2B software businesses is how to track the actual usage for which they charge beyond basic metrics such as log-ins. As this model grows, more solutions to track usage and engagement will be built.

When it comes time to institute a usage based pricing model, firms should “go slow to go fast” and layer it on to their existing pricing offerings so as not to shock or confuse customers. A/B testing different rates, charges-per-action, and combinations with other pricing models is the ideal way to determine what a unique company’s pricing should ultimately be. Utilizing a usage-based pricing model is not fitting for every business, and there will be growing pains to initialize. But for those companies that do properly employ the model and do it well, there is evidence they will reap benefits in the market in the long run.

We’ve talked about product pricing a bunch on the Bowery Capital blog but never in the context of devops. DevOps pricing is one of the more interesting elements of the entire infrastructure ecosystem pricing. With such a high emphasis on inbound marketing to drive leads…

Reba Cox joins the Bowery Capital Startup Sales Podcast to share her experience as a buyer from organizations like MongoDB, Philips, and ESAB. Topics include 1) what procurement actually does behind the scenes 2) negotiating price vs value with procurement 3) why procurement will never be your champion and strategies to keep them from becoming a blocker.