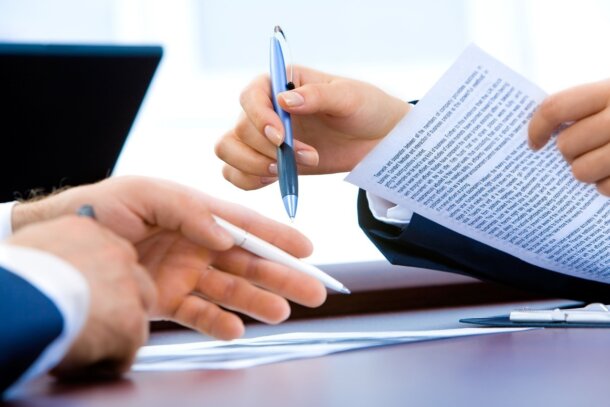 As the AI arms race heats up between the worlds two largest economies there are reverberating effects in the global technology industry and government technology policy. Relative to our concept on AI Nationalism that I have talked about in prior posts, we have recently seen a tremendous amount of technology isolation within AI Nationalism taking place. Rising tensions between China and the US as it relates to technological development will only cause more technology isolation. It is impossible to separate government policy and technology policy in this conversation as one directly affects the other. For both countries, this issue of technological development is extremely politicized and respective governments are getting involved in unprecedented ways. From the US perspective, there is a fear that China is acquiring and replicating technology infrastructure from the US in a way that poses national security threats. Below are the three segments of the technology industry where the policy could further technology isolation within AI Nationalism. Most of what I speak about is in the context of understanding broader trade wars and technology advancement in China and the US. At the end of each segment I also posit some very real questions that could relate to how this plays out.

1. Semiconductors. AI chips need immense computing power for deep learning in which a computer processes large quantities of data. That creates the need for strong processors. You find semiconductors at the heart of processors. Today, semiconductors are at the forefront of technology isolation within AI nationalism. Currently, China imports about half of its semiconductors from US companies mostly from Qualcomm and Intel. However, China is shifting their strategy to fund semiconductor manufacturing within the state and also try and increase acquisitions of US-based companies. China’s aggressive approach is being met with robust protectionist regulations from the US mostly over national security concerns. Thinking about this in the context of technology isolation within AI Nationalism gets pretty interesting. Recently, the Committee on Foreign Investment in the United States (CFIUS) has had a few blocking maneuvers in the semiconductors space that are pretty interesting to look at in the context of AI Nationalism and technology isolation. The CFIUS has blocked the sales of US based Xcerra and Lattice Semiconductors from Chinese state-backed Hubei Xinyan and an investment firm with reported ties to the Chinese government respectively. Huawei and ZTE have also been almost entirely removed from the American market out of fear of espionage. Remember in a prior post we talked about the line between private companies and state institutions is often quite blurred in China. A Not So Fun Future: Does this end with the US only working with US semiconductor companies? If I am a US semiconductor company can I not buy a China semiconductor company any more or vice-versa? Does this impact consumer electronic devices at all?

2. Electronics Contract Manufacturers. If you are a businessperson in the US looking to manufacture sophisticated technology, China remains the most cost-effective choice. Companies like Hon Hai Precision Industry (Foxconn), New Kinpo Group, and Shenzhen Kaifa Technology have built so much scale and played the labor arbitrage game so well that US contract manufacturers like Flextronics, Jabil Circuit, and Sanmina-SCI have not really been able to keep up. As mentioned, there are growing concerns over China-nationalized technology espionage. Some experts are concerned that semiconductors manufactured in China and used in the US may be sending data back to the mainland. In addition, Chinese electronics contract manufacturers are also notorious for their copycat culture. Given the recent protectionist policies slapped on China, it is feasible that the Trump Administration and further administrations will prohibit overseas contract manufacturing as AI Nationalism continues to pick up. AI could boost demand specifically for chip making gear and chips and as a result of AI Nationalism and protectionist policies a technology business that uses contract manufacturers abroad many not be able to any more. A Not So Fun Future: If I am a US consumer electronics company can I only manufacture in the US? Do US contract manufacturers benefit now by limiting overseas competition?

3. Foreign Investments In Technology. The overseas technology arms race is spilling over into asset management and more specifically into the venture capital industry. Chinese foreign direct investment (FDI) into the US has sharply decreased through 2017 due to technology isolation within AI Nationalism. Much of the decline in FDI can be attributed to tighter regulations imposed by the Committee on Foreign Investment in the United States (CFIUS) as well as this technology isolation. Now, tensions between China and the US will likely intensify this decline as the US is seriously considering limiting Chinese FDI in sectors like semiconductors, software, and robotics. Part of the concern is driven by the fear that China is attempting to acquire US technology in a manner that would pose potential national security threats. The Trump Administration is seeking to cite the International Emergency Economic Powers Act, a law that enables the president to control commerce in the case of a national emergency in response to security threats, to justify limiting Chinese FDI. Typically, this law is used against terrorist states. Trump is likely to make his decision at the end of May when the Treasury Department presents the new plan. If it is approved this will have a remarkable impact on Chinese and US relations and likely further technology isolation within AI Nationalism. Regardless of the outcome, financial relations between the two global superpowers are in a very sensitive state. A Not So Fun Future: Can a US venture capital firm not invest in China companies? Can a China venture capital firm not invest in a US company? Can a US company be forced by their venture capital firm or the US government to not do business with China because it has money from the US or a US venture capital firm?

Ultimately, what we have seen here is the US and Chinese governments taking unprecedented action to propel technology and AI advancement often through extremely isolationist tech policy. However, the reason underlying the governmental intervention is not simply about boosting the health of the technology sector, but about national security. The tensions between China and the US regarding tech development underscore an important truth; technology is inherently a national security issue and this administration has taken a nativist approach to protecting its citizens.