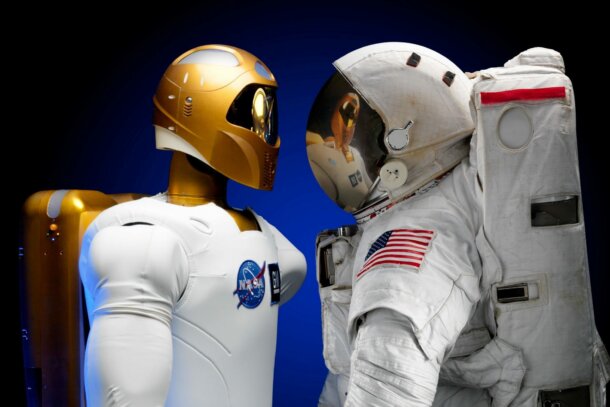 Fear and competition with the Soviet Union spurred a wave of US investment in science and technology in the 1960’s. In recent years the US stance on addressing new technologies has changed. As I have highlighted in my ongoing discussion on AI Nationalism, the US policy within AI Nationalism has been rather laissez-faire, allowing the private market to dictate the growth of AI and the ethical guidelines that will govern it. The growth and policies determined during the critical point in this technological cycle will affect companies and institutions in industries ranging from automotive to healthcare. But with rising competition abroad, the typical US stance to new technologies may have to adjust. Massive investments from the Chinese government have fueled its plan to become the world leader in AI by 2030. France and the European Union have recently announced plans for their own path forward with AI that include public investments. The rapid increase in international government investments in AI had led industry experts like Mary Meeker to predict that China will pass the US in AI capabilities within 5 years. Given the changing dynamic in international AI policy, there have been some recent developments regarding the US policy within AI Nationalism that may signal a more hands-on approach from the US government.

1. US Spending On AI. The Trump administration has already started to fund programs in order to continue the development of artificial intelligence. According to the White House’s Office of Science and Technology Policy, in 2017 the Trump administration estimated that they spent more than $2 billion on unclassified programs to fund AI research and development. This is a substantial increase compared to when the government invested $1.1 and $1.2 billion on AI research and development in 2015 and 2016, respectively. The increase in funding for AI research and development is a strong sign that the US policy within AI Nationalism will attempt to keep pace with other countries. This past September President Trump also signed a policy that will allocate $200 million each year to coding education for students K-12.

2. White House Hosts AI Summit. In order to keep up in the “AI arms race”, the White House brought in the leaders of AI in academia and industry to discuss ways to advance artificial intelligence in the United States. The government will assist this development by prepping the next generation of AI engineers. They intend on preparing the younger generation for the shift by increasing funding on STEM and coding education and programs that will re-skill employees to work with the new technology. The government will also help the development of AI by making more resources and data available for research. However, what was essentially decided by the Trump administration was to let the private sector lead the way; they will allow industry to freely research and develop with minimal government intervention. The US hopes that by having low governmental barriers, the innovation will remain in the US.

3. US Congress Introduce FUTURE Of AI Act. Bipartisan legislation was introduced into both the House and Senate at the beginning of this year with the goal of reinforcing the development of artificial intelligence. The Fundamentally Understanding the Usability and Realistic Evolution of Artificial Intelligence Act of 2017, or FUTURE of AI Act, attempts to (1) maintain the US’s global competitiveness in AI, (2) protect public privacy, and (3) minimize potential negative employment effects that AI produces. The act would establish a federal advisory committee to discuss and examine how technologies such as AI impact society. The committee would include 19 members from industry, academia, and labor and civil rights groups. Members would be in charge of looking into the effect that AI has on society. The policy recommendations coming out of this committee can have a profound affect on the work force, legal rights, and investments in the public and private sectors.

The US policy within AI Nationalism is at a critical juncture which will determine the level of involvement from the government, how this involvement will take place, and whether the US will be successful in maintaining their position as the leader in AI. The recent steps taken by the US government have begun to lay their framework for AI Nationalism. However, there are still some open questions that will need to be addressed by the US government: How does the government close the skill gap within AI in order to ensure growth in AI? Is general investments into STEM education enough? With a large collection of the skilled engineers for AI located in China, what effects will the new US policy on immigration have on the current and future talent pool?