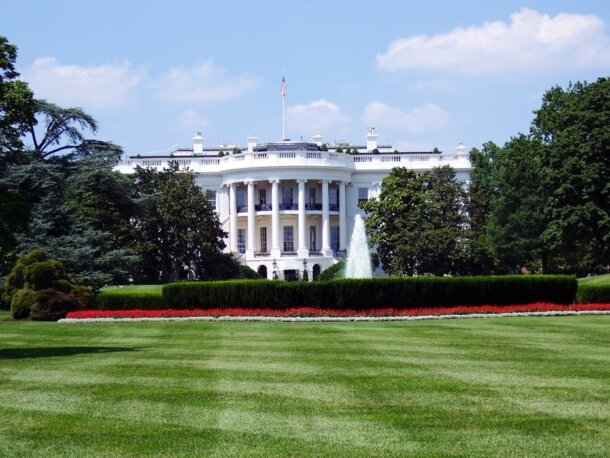 Artificial intelligence has been a prominent feature on the Bowery Capital blog. We have covered the major nations public stance on AI and dove into the US public policy on AI. Rather than provide more highlights of countries’ AI plans, we thought it best to provide our take on a novel framework for US AI policy.

In October of 2016, The National Science and Technology Council (NSTC), under guidance from the Obama administration, released their report, “Preparing for the Future of AI“, which outlined the possibilities of AI and how the US must adapt to this coming technological change. Since then many countries have announced concrete plans on how they will move forward with regard to AI, while the US has wavered on how exactly they plan to address this issue. As of now nearly all the US advancements in AI have come through private companies pouring profits and talent into AI projects.

Many expected the US to declare more public funds to the advancement of AI, but the transition in the White House has complicated this issue. In addition to the focus of the White House being distracted by trade deficits, North Korea, and an investigation into collusion, the new administration was elected after running on a platform that focused on increasing jobs for the lower-to-middle class, controlling immigration, and reducing the deficit. As we wrote about in our highlights of the AI tech panel that we took part in, AI advancement will most likely lead to job losses in the short-term until new, unknown professions open up from the technology. In addition, engineers with the skills to work with advanced AI are in limited numbers and a substantial portion of this talent is overseas. Investments in AI would require an increase in government spending, which would increase the budget deficit. In short, the current administration’s platform doesn’t bode well for near term AI advancements. What follows are the major steps that we feel are a novel framework for US AI policy:

1. Provide More Public Dollars Toward AI Research. With the massive collection of technology companies in the US that are focusing research and future products around the idea of AI, it makes sense that the US government has been content to allow most of the AI funding to come from private entities. While private companies focusing money towards AI projects is helpful, it is not necessarily efficient, equal, or safe. In the aftermath of the Facebook data issues, it is apparent that the government needs to increase its involvement in the processes and ethical rules surrounding data privacy and use for AI modeling. Additionally, private entities are not beholden to provide AI advancements that help the greater good. Funding from the government into specific AI research efforts allows the US more power to dictate how and where AI is used. Currently France, the UK, and the EU have pledged $1.8B, $1.4B, and $1.5B, respectively. Most of these investments are over a 3-5 year time frame. The US spent an estimated $1.2B on general AI research in 2016. Due to the size of the US economy, population, and tech presence, our novel framework for US AI policy would have the US budget for $3B in annual spending on AI.

2. Encourage Talent To Stay/Come To The US. According to Element AI, there are fewer than 10,000 people who have the skills necessary to tackle serious artificial intelligence research. When compared to the more than 7 billion people on the planet, the scarcity of AI talent is truly realized. The US has typically been a hotbed for technical talent. Engineering experts from all over the world are drawn to the US by the combination of tremendous opportunity and exciting tech companies. Recently the US has been reversing its course on tech talent. The White House’s aggressive position on immigration and the visa program have discouraged skilled workers from migrating to the US for work. Politics of immigration aside, in order to continue the US’ dominant reign of skilled tech talent, the government needs to find ways to greatly increase the visa opportunities. In addition to creating avenues for foreign talent to find its way into the US, the government needs to create more ways to retain the talent. An expedited process to full citizenship would be a great method to ensure talent migrates to the US.

3. Invest Heavily In Education. Similar to encouraging talent to come to the US to work on AI development, the future demand for these skilled jobs will require homegrown talent. Investment in specific education programs will be required to generate this level of talent. The nature of creating AI expertise is very specific. Funding will need to be provided for general AI courses, as well as funding for advancing doctoral research. Other countries, such as the UK, have already announced funding and programs to encouraging AI courses and research grants. A portion of the UK’s $1.4B earmarked for AI funding will be going towards these education efforts. The US should follow suit and set aside specific funds for the advancement of AI education. Our novel framework for US AI policy would allocate 20% of the $3B to AI research should be specially targeted for advances in education.

4. Prepare The Public For Job Losses And Changes. The discussion around job losses stemming from the integration of AI technology in businesses was a hot topic at the BC tech panel that we took part in last week. One side of the debate took a more optimistic view on the job status of individuals affected by AI. Clara de Soto, co-founder of Reply.ai, compared this adjustment in the workforce to when automobiles overtook horses as the major mode of transportation. She reflected that the establishment of a new mode of transportation created more job opportunities than were lost, and an entirely new industry crystallized too. Though Clara makes a very astute observation, we are of the opinion that in the short to medium term, job losses will increase before they decrease. Job losses will mainly focus on industries and positions where repetitive human interaction is needed, such as in the manufacturing industry. These changes will be difficult for workers and their families. Therefore, the novel framework for US AI policy would need to prepare these workers for their impending job losses by offering classes/training to increase their skill level so that they can potentially fill roles created by the AI shift.

5. Force Companies To Pay For Training Of Laid Off Workers. Last year, co-founder of Microsoft, Bill Gates presented an idea that governments should tax companies that use artificial intelligence to replace their workforce. The “robot tax”, as he called it, is a way to temporarily slow the spread of automation. The idea of a tax for jobs taken by AI is a very interesting thought, but rather than have the tax go to the government as a punishment, we would prefer to see companies provide training and support for all employees that are being laid off due to AI. Companies should be mandated by the government to provide this assistance for up to 6 months following a lay off. If the worker still hasn’t found a new, comparable job by then, then the business will have to pay a penalty equal to the income tax they would have paid for that worker over the next 6 months. Governments should oversee such programs rather than relying on businesses. The EU has taken a similar stance on AI penalties in the past. Last year the EU proposed forcing companies to prepare all employees in danger of being laid off for new careers or roles. The use cases for replacing humans are arriving and it’s important to manage that displacement.

6. Form A Regulating Body That Has The Power To Enforce AI Policies On Companies. A very common argument against regulating AI is that it will stifle innovation and allow other countries to catch and eventually pass the US in AI advancements. Something misunderstood about this topic is that AI is already being regulated. Due to its ubiquitous possibilities and need for large data sets, AI is currently beholden to archaic laws around privacy, cyber security, and health and safety. In order to ensure the correct regulations are in place which allow for expansive, yet safe AI innovation, a government agency needs to be formed to preside over this area of technology. The agency could be called the Federal Artificial Intelligence Commission (FAIC), and would have similar authority over AI as the SEC has over securities and the FDA has over food. In our novel framework for US AI policy, this governing agency could understand the in-depth knowledge surrounding AI and make appropriate regulations to ensure the best outcome for the greatest number of people.

Obviously, there are pros and cons to our novel framework for US AI policy, but this path is necessary for the US to remain the AI leader. The US is the bedrock on which the internet and mobile revolutions grew. If the US wants to initiate the AI revolution then it needs to immediately begin to alter its stance on this technology.